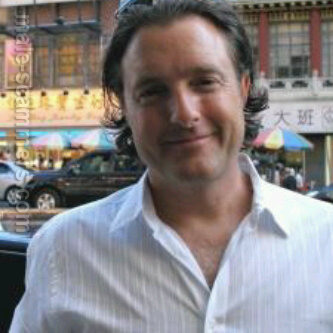 REPORT N1 (added on April, 1, 2013)
Carol (South Africa)
Wanted to scam me for money. claims he works in Scotland, has kids in South Africa. Kids phoned with apparent theft, wanted to loan money, cause dad never left money.
REPORT N2 (added on June, 26, 2013)
Wendy (South Africa)
I met him in the dating site 1st March. We continued to correspond off site on emails. 3 weeks later he only started calling me and .....the rest is history. We developed ... Well I presumed a very strong love connection, he sent me roses via inter flora on 7 June 2013. He had a parcel couriered via Cape Town to me on the 14 June and then he asked me to open the envelope so that he could verify the contents...cheque for 260 000,00 US Dollars from Bank of America.
The posted document was sent from Erickson Schuurman with email address ...rocket ail.com and cel: 0780399261.
And asked me to keep it safe until he returns to ZA to be with me. He had also given me he's kids numbers and we actually communicated ..now all fake it appears and I've got numerous pictures of him and he's kids. He was apparently on Aberdeen oil rig in Scotland for the past 7 weeks. Was planning to come to Jhb for me on 27/28June.
I'm shocked a d devastated as he's always being so sweet, reliable as can be and actually was so In love with him.
Sons details - Eric 0737907526 Daughter details - Elin 0737819464.
Hope this helps.
Then on 21 June he called to say that apparently he's house roof/gutters were leaking to due heavy rainstorms and could I please loan him money for the repair work. He gave me these details to call. Nting & Adam Landiswa cel: 0739770356.
Wanted R 3500.00 banking details: FNB Acc: 62409693860 code: 250655.
I've numerous pictures of him at different stages of he's life and he definitely resembles the picture I saw on scam.
REPORT N3 (added on July, 10, 2013)
Dianne (South Africa)
Scammed me from January to June, met on dating4professionals, said he worked on oil rig in mossel bay, then got a contract in scotland (sent me copy of approval letter), had 3 children, Eric 22 studying aviation, Susan 18 studying medicine at stellenbosch, and Marla 14 at private school, was divorced because ex had affair and she now lived in paris. phoned constantly, and wrote emails. Texted me every morning, about how in love he was with me and me visa versa. Eventually kids visited ex in paris and he was due home, said card was stolen when sons phone got hijacked with wallet. Lent R4000 and that was the last I heard from him.
REPORT N4 (added on April, 11, 2014)
Judy (South Africa)
We met jan 2014 0n badoo website, he is currenly working in south africa for petro sa oilrige in mosselbay and weve been chatting on this nr 0826405016,then on the 3march a dr mark caleed me from this nr0611819976 telling me that duke has collapse at work and i needed to call him at 6pm which i did only to hear that his son derrick was in a fatal accident and that the friend died and that his son was in a coma and he was mandated to fly to uk the nextday to sign for an operation and the son was in hospital and on life support, the son under went a second operation and on the 14 march the ask me to help him for flight ticket to return to south african i then transfer r40 000 to his standard bank account as he was going to return then the son gad internal injuries and coulnt return on the 2april he ran short of money which i then transfer r8500, we have been chatting until saturday 5april to date i cannot get hold of him as he was going to email me of his return,please if you need any other proof i can email it as well as photos, all i need is the money as i have borrowed it from my peers and he was suppose tosign for his shipment and repay me back when he arrive in south africa.
REPORT N5 (added on June, 16, 2014)
Daisy (USA)
Met Allen on March 5th and since then we have been exchanging emails, messages and phone calls. He changed his phone number 3 times in less than 2 months. Last Thursday sent me a message saying that he got A contract in Cape Town for 5 to 6 weeks. Taking a look at this site I found his picture on the database and was chocked. Will be happy to help with more info if needed. Lots of emails, pictures and a copy of the award for the job in Africa.

Romance scam letter(s) from Erickson Schuurman to Dianne (South Africa)
Hi
Thanks for your hearts warm mail.I was born on 7 july .I stay at the Durban ville cape town.I work at mosel bay,I only see the kids on weekend.i did not say all my kids study at stellenbosch.I said Susan Study Med cine at stellenbosch.marla at private school.Eric at spring bok aviation school.Eric 22.Susan 18,marla 14...I see what we both are looking for in a relationship..a partner..a friend ..most of all the truth...Seems so simple but not for most ..they tell you what you want to hear. My motto is I would rather have you hurt my feeling with truth than to spare my feeling with a lie.....I treat people with the up most respect ,and expect the same back..I learned because of my long term commitment to my late-wife it was about wanting to be with that person in good times and to get through the bad times. Its about being together because you want to, not because you have to. This is not about being with someone just for now or until something better comes along
Read more

Romance scam letter(s) from Erickson Schuurman to Judy (South Africa)
Hello and how are you today,its really nice reading from you and we are all confidence that you will be there for our entire family and we are glad that Dad is happy with you as well. we believe he must have told you he will be onshore on the 5th and his chopper will land cape town Air port about 5pm he said,he said meeting you will mean a lot to him and he sounded much like a young guy when we called few hours ago lol thou he seams very tired cos he has worked so hard that we know. when we visit SA and hopefully we shall see good and beautiful places too.school is been hectic thou but we are doing so well and we wanna make Dad and you proud as well,have a nice cool evening our regards to all we love you Duke's family.?