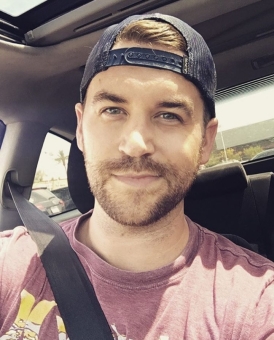 REPORT N1 (added on December, 23, 2019)
Jana (USA)
Eric/Marcus contacted me thru Pof and was very charming. He even had a picture with a young girl that he claimed was his daughter. We talked via text and talked on the phone nightly for at least 2weeks. I just had a funny feeling and I googled his name and this website came up with the complaints about him. He told me he was Lithuanian and his exwife had bipolar and left the girls and him to go back to Lithuania. He said he was working as some computer auditor in Yakima, WA but he flew back to his home in Warrenton, MO for Christmas. He also said he traded in bitcoin and would invest $100,000 to $200,000 when he invested, BUT the investments must always be in cash. He never asked me for money, but I'm wondering if this bitcoin story was the setup for me to invest- meaning I would send him money and then he would invest it for me. Big scammer and very good at what he does.
REPORT N2 (added on January, 1, 2020)
Tessa (Canada)
He is originally from Adelaide Australia but he now lives in Houston Texas USA, as a Travel Registered Nurse for United Nations. He is single with two lovely daughters call Kathy who is five years old and Joy who is three years old. He stole pictures off a American Gay man who lives in Phoenix Arizona.