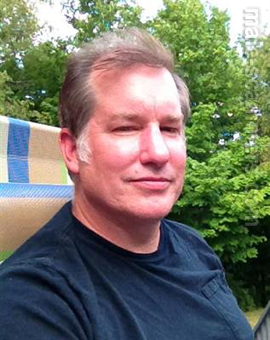 REPORT N1 (added on March, 26, 2013)
Helen (Philippines)
I met him in MOCO Space dating site, then he invited me to go to Yahoo Messenger where we chatted. He gave me his phone number which convinced me that he was really in the US because he gave a US number. Aside from chatting, he sent me several emails professing his love for me and we also talked on phone but most of the time, he would ask me to call him so he would know that I was on line, then we would chat in YM.After almost two monthof communicating, he said he would go to Ghana to buy godl and diamonds to be sold to his clients. Once in Ghana, he game me another phone number which I used to call him several times. Again, that conviced me that he was real becuase the number is really for Ghana. I began suspecting him when he said he ws short of cash, US$3,000, to pay the documentation of the goods for shipment to US. I did not manifest my suspicion, instead, I asked him how would I send the money. He told me to send the money through Wester Union. I told him to send the money, today, March 18, 2013.

Romance scam letter(s) from Andrew James Anderson to Helen (Philippines)
How are you doing, I am still awake doing some paper work… Just want to write you some more about me. First of all I will like to know if you are a Christian? Well I don’t have a problem with my partners region. I believe everyone has his or her ways of doing things. The most important thing to me is understanding each other, and explaining why you think you want things to be the way you want it to be. At the end of the day it left with the two to come to understanding and do, what they think is the best for them. No third party.
My dad came is a businessperson from Denmark, there he met my mom and they fell in love. I was born in FYN a city in Denmark, two years after they met. Dad, Mom and I myself came to US when I was just five o years of age and I later went to Modena with a friend of my dad, when I was 19 years I decided to take a trip to the US to see my parents once again.
I first lived in New York at the Great Neck Plaza where my father use to stay and ha
Read more