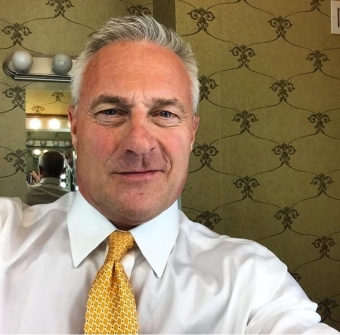 Romance scam letter(s) from Arvid Gabriel to Chris (UK)
Hello Christina
I am sure you're having a productive day. I am just getting to read your email and I must say, I would like to make it up to you by repaying you back every penny I got from you
I would like you to make an estimate of how much you gave me in total. I will be looking forward to your response.
Arvid

Romance scam letter(s) from Arvid Gabriel to Bridget (USA)
I''m looking for a serious relationship with a woman who knows what she wants out of life, but who is also not afraid to lean or rely on a man when necessary. Someone that I can be both funny and serious with. A woman who doesn''t mind getting her hands dirty with projects both inside and outside the home. I want to be able to take care of a woman and let her know that she can feel safe and secure with me. Friendship comes first, as I believe it to be a firm foundation for a lasting marriage.

Thanks for looking at my profile i am fine and nice to meet you Bridget, I am very new to online dating. I find your profile really nice and i am interested in learning more about you. I think we have some interests and values in common. Tell me more about yourself - what you do for work, for fun, if and where you like to travel, about your family.

Thank you for the mail and telling me about yourself.
Let me start by telling you a li
Read more

Thanks for the person email contact, I read every part of your e-mail and I have really enjoyed it. I am very happy to hear from you.. I am smiling a lot right now. How is your holidays going? You have a great skill of writing and it is very impressive, thanks for throwing more light on my evening..

Anyway, about my background.. I was born and raised in South Africa to a South African white mom and an American/ Irish dad. I am the only child.. I lost my Dad about 30+ years ago and I still miss him. I acquired my education in South Africa and I spent most of my life living with my mom. We had to relocate to the Ireland to take care of my sick grand mother in Ireland, but after few years she passed away. I have an Aunt and cousins scattered through the UK and some part of Europe also. I often go back every 6 months to visit my mother in Dublin. I was there last Christmas and it was fun being with her. By the way I will be going the New Year..
Read more