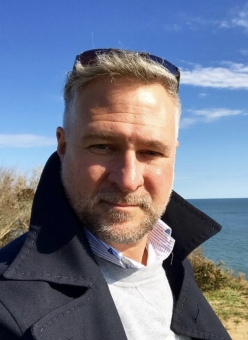 Sorry for the delay in getting back to you. I was caught by surprise and really happy that my friend had to do this. Let me start by saying my names are William M. Biermann and I hope we'll be able to start getting to know each other now. I should tell you that I am very open-minded; I don't accept anything just because everyone else believes it and I don't close my mind to an idea just because it is strange or unaccepted by the general public. I am devoted Christian, Several years ago I realized the importance of surrendering myself to God and it has remained up till this day.

I will be expecting you to ask me questions and I am pleased to answer them. Please feel free with me OK? I am an open book. I stand 6"2 and about 165lbs. Very athletic, light brown hair and brown eyes.,I don't smoke, I drink on occasions, never been to jail.