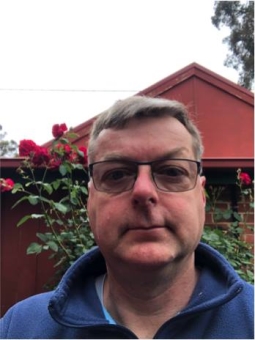 REPORT N1 (added on August, 22, 2019)
Christine (Australia)
I was approached on a dating website by this man, claiming to be living in the USA but returning to Australia soon. I declined stating that he was too far away but he was persistent. A romance scam, followed the standard script, declaring undying love very quickly, etc..., then claimed to need money to sort out a tax problem. Wanted money sent via western union, unfortunately, I was new to all of this and believed him. Next, he requested money transferred to a bank account in the UK belonging to his sister. Each time he was unable to sort out these money problems as he was away on business and unable to access his bank account. He claimed to have a 14-year-old son and said he was a widower. I became suspicious when he hardly spoke about his son despite supposedly being away from him for extended periods due to his business travels. I did a reverse image search of the images of his son and found they came from a modelling website in Hawaii. I asked him about this and he responded with a complex story of adoption. He is still requesting money and still declaring undying love. He recently ordered a mobile phone to be sent to my address which I was to forward to his sister who was in Ghana on business. He requested that I did not open the security seal on the box before forwarding. I did open it though and found an iphonex with a now post pain account in my name.
An expensive lesson to learn but lesson learned. These people are very good at what they do.

Romance scam letter(s) from David Robinson to Christine (Australia)
Before i start anything honey i am really sorry for keeping this away with you for all this while but i honestly knew i was going to tell you everything when i finally come back home and settle down.
Nelson was adopted from the orphanage home on December 16, 2009 when he was about 4 years old. It was actually the idea of my late wife as she had a miscarriage during her pregnancy and we lost the baby so we couldn't have a child (It is a shame to say that though, i really feel shy saying this) Because i know i cant afford to give birth at this age of mine. We ever cared for him like our biological son till now honey, the reason why you see him on the modelling site is because he won a scholarship and has agencies who sponsor him as he won a culture contest in school sometime ago so they picked him up for training, said he looks nice and i dont know whether i told you or not but his main idea is aspiring to become a movie actor or footballer lol, he once told me he li
Read more