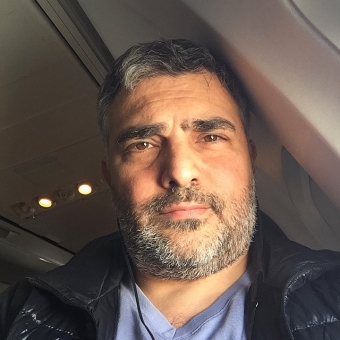 REPORT N1 (added on July, 22, 2019)
Lisa (USA)
Wes contacted me first, on June 21, 2019 He said he lived in Rochester, NY but worked in McLean, VA at Dyncorp Intl.
He said he commuted back and forth.
He claimed he owned homes in both cities.
He also said he owns a house in Westport, CT where he was born.
He has no siblings or children.
Claims he is divorced.
We communicate on Google Hangouts.
It is odd that he texts me at odd hours during the night.
After writing back and forth for a week, he said he was returning to Rochester on Friday. But on Wednesday, he suddenly had to go to Dubai, UAE for work. He had to leave the next morning. He texted me after he supposedly landed in Dubai. In our communication, I told him I was buying a new iPhone. He asked me to buy him one too. Said he was using the iPhone 6. I asked him to video chat with me, but he said the camera no his phone didn't work. There were a few other things that made me suspect he was fake. He told me he has blue eyes and yet in his picture that he sent, they are brown. I also had asked him what the temperature was in Virginia. He gave me the reading as 28 degrees Celsius. American's do not use Celsiuis.
REPORT N2 (added on August, 5, 2019)
Anna (USA)
We met on Tinder. He said he was on a conference in a town near me in Finland. After a week he was going back States and wanted too see me, but we didn't cause he was so busy arranging his and his co-workers return flight. Promised to come back in a week. We chatted a lot in Hangouts. He told that his wife has passed away years ago and he has a doughter who's not living with him. When he was supposed to come back he couldn't because he had to go to Isle of Man in England for some work thing. Then he started to talk about how he wants to end his work contract and come to live with me in Finland. Two days before he was supposed to come here he suddenly had money problems.