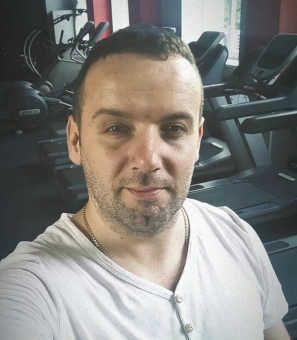 REPORT N1 (added on July, 2, 2019)
Manuela (Germany)
Dear Sirs and Madames,
He calls himself Collins Stewart and contacted me for the first time on the German Platform XING on 17.05.2019 where he was not available after 2 days (locked?). New contact 3 days later. Before he was no longer available (blocked), we had already exchanged our telephone numbers for contact via WhatsApp. There we communicated until 25.6.2019.
His story is similar to all others:
43 years, 6-year-old son, the woman died at birth. The son lives in Los Angeles with a nanny with his uncle. He works in Edinburgh (GB) on an oil rig.
For a contract signing he had to travel to Manchester (GB). He got the contract (Document is in front of me) and then wanted to travel to Istanbul to work there for 2 weeks.
His severance pay should be $ 1,650,000, of course for our future. It was necessary to buy a machine, which unfortunately did not arrive in Istanbul, but was held by the local customs.
My help, which he would never forget me and which he would of course pay back in 2 weeks at our meeting, should be 9,000 euros.
Already since the 8th of June I knew that he was a scammer, but I wanted to know his story with which he wants to bring me my money. I also wanted to know my price.
REPORT N2 (added on April, 27, 2019)
Bernadette (Germany)
I have been contacted on the 19th of April. The story has been already published. I can confirm it is exactly the same in my case. I have been emotionaly manipulated. I was forced to send money to Turkey.