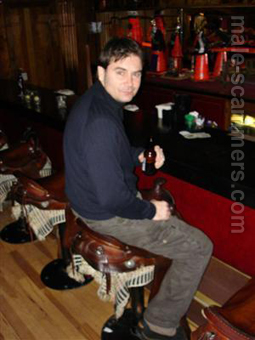 REPORT N1 (added on March, 7, 2013)
Jaena (Italy)
I maet him in Are You Interested on May 2012,we became friends, he sometimes called me .Her said he's a global conractual engineer working on rigs in Dubai with his 9 engineers and called them rascals.He was a widow of a Paris Model and have a 19 year old son name Nathan who lives with his mum in UK,he also have a house in Paris.But during his stay in Dubai,two weeks before the contract was finished,an accident of 4 laborers was happened and one of them died.He sent me also his plane ticket to meet me but unfortunately was put in jail for i did not help 7000 for the deceased family.Thanks

Romance scam letter(s) from Joe Walker to Jaena (Italy)
Good morning my love,.How are you today? i just got to work, even though late, but then, i have four locals down with serious injuries and one gone. This is the most painful thing i have come accross. Now the Rig tow they were rushing to fix before my arrival, did swing into the best place after rolling down on them before time, so they were catalyst to its best position, but they did pay a hard price for this. I hate accidents on site, sometimes it makes you feel like not having to use local labors, because they sometimes make these mistakes that doesnt make sense. I feel bad enough to feel responsible for them. The four have been taken to general hospital now, i just pray for the best for them, i pity the family of the deceased. They spoilt my mood this morning cos they should have waited for us before making such vital installations. These are even men who lack basic insurance for that matter, risking thier lives and now i feel responsible for what has hapened to
Read more