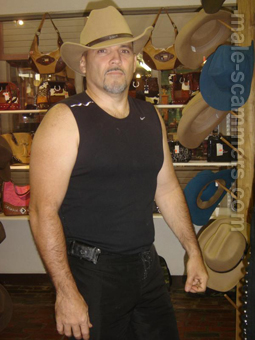 REPORT N1 (added on March, 6, 2013)
Dina (USA)
Robert invited to be friends on Facebook. Within two weeks he began asking for money to purchase a horse for his daughter. He has a foreign accent. Claims to be a US citizen from Houston, Texas. Born in Athens, Greece. Claims to be an engineer with Chevron station in the UK. His job contract ended in November. Needs to transfer his 1.6 million dollars but needed money to pay attorney. Is stuck in a hotel that his company is paying for until he can return to the United States. I sent him close to 5,000 in wire transfers and now he secretly tells my son that it is not enough money and he needs to pay the attorney more money and has requested more money to him, but not to tell me. The attorney resides in the UK as well. His name is Terry Smith. I have sent Mr. Smith most of the money already. I have stopped all contact with him. I am a school teacher and he has threatened to smear my reputation if i don't continue helping him. I have all copies of wire transfers and letters from attorney.

Your email is received, noted and saved. This is to inform you that my secretary was unable to receive the money of $1,800.00 (One thousand eight hundred US dollar) you sent. This was due to an single letter error from where you sent the money. The name is "KELVIN" and not "KEVIN"

I called your husband to also inform him. So the money gram agent in Nigeria sent the money back. You have to go to the agent where the money was sent and tell then that the amount was reinstated, let them check and make the correction, they will issue another reference number that shall be sent in "KELVIN BUBU" the error is that they didn't add the "L" to the name.

According to my secretary, this might take two days till they can make the change. So go to the agent and tell them that they made a single letter error in the receivers name.

Your understanding is trusted.