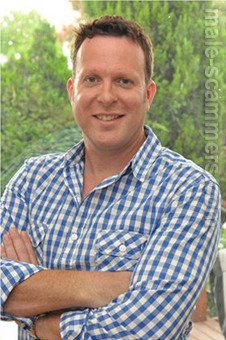 REPORT N1 (added on March, 5, 2013)
Martina (USA)
I received contact from David Ramsey from match dating site. I corresponded with him from August 2011 to December 2012, approximatelly 1 1/2 years. David Ramsey had me totally convinced he was in love with me and I also was in love with him. I had recently lost my husband and was very vulnerable and he was very convincing. I sent him money to assist him. He told me he was from Davenport, Iowa and had 2 children, Jenny and Terry. He also told me he had an elderly mother. He stated he originally was from Spain and had came to the US with his mother as a young man. His father remained and died in Spain. David went to Spain to receive an inheritance but always had a problem or various reasons before he could receive the money. I sent money for him to various people throughout Spain and Malaysia. Again, my vulnerability and innocence had me believing him. I realized he was not for real when a woman contacted me through facebook that he had also contacted and was attempting to scam.