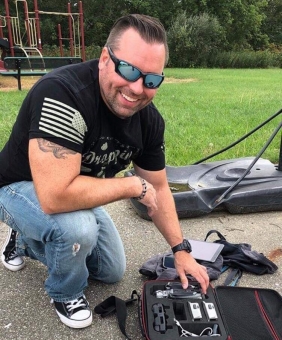 REPORT N1 (added on May, 6, 2019)
Jane (USA)
Ryan found me on POF, I had no contact then was lonely so searched messenger, we have corresponded by email, and hangouts, I have found the same email sent to Sharon from the USA on this website. He says he is a Project Manager and working on a platform in Falkland Islands, sent contract also sent letter of confirmation of payment from Boskalis dated 18 January 2019 with their letterhead, says waiting on payment and will be back in Australia, asked for money on many occasions. He says he is currently offline due to getting from the platform to the Capital Stanley. There were lots of questionable things that he did/said but this website has confirmed that he is a scammer. Facebook he is listed as Ryan G Roberson but changed in email to Ryan Douglas Roberson birth date 21 March 1967 using many photos, says mother was alive then mother was dead, went to his address whilst in Sydney house is for sale and empty but he said he came home to pack before he left. Sent photo of his dogs supposedly at his house but house looks nothing like the house I went to, became defensive when I questioned him.