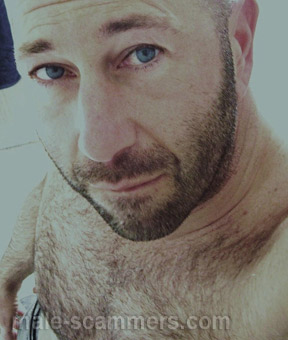 Thank you so much for your love and help. I so much trust you and I know you will never disappoint me, we are already two in one flesh. Honey, my love i will never leave you okay.

I have sent you the money, it is (?250,000) British pounds(Two hundred and fifty thousand pounds) through Air Xpress Delivery Security Services. This is an independent security company in the sea shore here. They are into handling of freights and other consignments.

They told me they will contact you for the delivery when they arrive Malaysia by today because they have they dont want to send it to africa that africa is bad . I have never trusted anybody in my life to entrust such money in his/her hand or care, but I so much trust you.

Honey, please be careful with the money, it's work money i worked for my desire. I sent it to you as my wife family personal effect and so the company is not aware of what is inside the shipment because i don't want them to
Read more

Romance scam letter(s) from Robert Cahill to Irina (Kazakhstan)
my love after booking my flight there was no money to pay for my (BTA) BASIC TRAVELLING ALLOWANCE my love and it cost 2,299euro my love and i dont have any more with me my love...i try to use my debit card is not working over there but i contact the bank they said to me it will work over there in Astana... i have the money on my master card but it does not work over here my love...but i ask the bank manager he said my debit card will work well and fine over there in Astana my love...but i need to firstly pay this money my love ... its just 2,299euro my love for my BTA FEE please my love i think you have to help me as soon i arrive i will use my master card over there to pay back the money my love...i have money but i just cant access my card and now i dont have any cash at hand for me pay for my BTA FEE My love...and they try to use my master card it does not work so i had to rush to the bank for complains they said to me its a master card that has not be used here
Read more