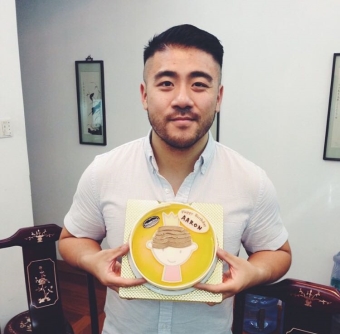 REPORT N1 (added on March, 8, 2019)
Linda (Hong Kong)
Met him on plenty of fish, we have talked for over 3 months, he said he is a geologist and he need to go to Kuwait to work on a project. then after 4 weeks we messaged and calls, he said one of his machine was broken, he needs some help, i told him i cant and he kept pushing so in the end i help a little bit. He told me he can have a break to come and meet me around christmas and new year but closer to the time he said something comes up so he cant come over and then he said he got robbed people beat him up he was at the hospital and he needs help again to pay the workers, so i helped again. After i helped him, that's only a week left before he finished his work and then he said the money is not enough and he needs money to book the flight again because he changed his flight, so i said i can't help anymore and i called him a scammer. Our last contact was after two days i called him a scammer and he said he came back from Kuwait and he said he will meet me and give me back the money after that he blocked me on wechat(we used it to communicated for the past 3 months). Between the robbery and booking the flight, he sent me a letter of his bank in UK said that his account has been suspend and he have to pay the 25% of 525,000 uk pound, I made it very clearly i won't be able to help and he invited me to go to uk to settle this with him after he come back. All the transaction i made through the westernunion.
REPORT N2 (added on February, 19, 2021)
Micki (USA)
Met him on Meeff and chatted with him on both Meeff and KakaoTalk. He always comes across as sweet, funny, and relatable but pictures don't always match where he is supposed to be or what he is supposed to be doing. He ended up "leaving for Turkey" to do oil spill cleanup work. A week before he was supposed to return home, a machine "broke down". He was "having trouble" paying. Sent me letters/documents as proof. The letter had a sent date from 2 years ago but he claimed it was a mistake. I have a feeling he will be asking me for money next. I will be deleting and blocking him. I just wanted to get as much proof from him that he is a scammer before I deleted him from my chats.