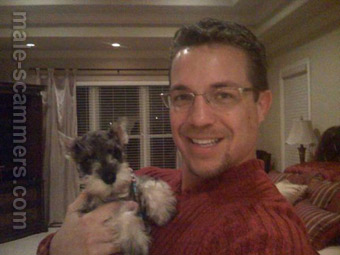 Romance scam letter(s) from Neilan Vittore to Valentina (Romania)
Hello dear, Good morning! How are you doing? I know it's a beautiful moment over there. Hope you having a wonderful time. Well, It gives me joy for the opportunity you have given in knowing ourselves with sincere heart and knowing what it entails for making new friend.... Thank you for your time.. I really appreciate it. At first, when I was searching the website (badoo) you were just another face in the crowd ... until that fateful minute when my eyes laid upon your beautiful face. It was like a ray of sunshine peaking through a cloudy sky. Until that moment, I was in utter turmoil ... unhappy to even be alive. Your beautiful face showed me that there is still hope and love in this world. It made me realize that all things are still possible. Because of you I began to feel whole and alive. I now see beyond the clouds to a brighter and better day. I thank you for replying me with your email and for accepting my friendship in return. Hope to see you on-line soon. Rea
Read more

Romance scam letter(s) from Neilan Vittore to Tina (Canada)
Hello My Love,
How are you doing? How was work today? i hope the team you are assigned to work with made things easier for you. OMG! I love you so much, you have no idea how much i missed reading from you, it felt so good, like i have you right here next to me. I love your letters, all of it, you always write so beautifully. You wrote me up until yesterday, even though you know i don't have a wifi, that is such a sweet thing you did. I love you, you are the best thing that ever happened to me. I got the link for the house, babe i don't like that house, i know you don't like it too, you only like the yard i guess, the house seems too old and so simple, i would like something nice and different from every normal house we see everyday. And wow! i got the video you sent me but was so scared to open it up to see it, there are lots of people here in the cafe and there is a fat guy smelling of garlic and cheese sitting right next to me, i don't want anybody to see my wife
Read more

Romance scam letter(s) from Neilan Vittore to Frauke (South Africa)
Wow!!! I am so excited you accepted my friend request and i must confess you made my day.I am not used to sending friend request to people I do not know but when I registered on facebook you were suggested to me as someone I may know by facebook hence the reason I sent you a friend request.I am Wayne Drinkwater from london united kingdom.I am widowed as my wife passed on in 2010,she was a news reporter for aljazera news network in the usa studio,she died in egypt as she was hit by a stray bullet from the protester and she passed on before she could make it to the hospital,I do have a son named Kelly and he was only 2 years when the mom passed on and he is now 6 years of age.I do love the outdoor,i love swimming,boat cruise and sailing.i am a christian and a very honest person as i consider honesty as the best goal in a relationship.I would like to know more about you and hopefully we can even be more than friends.Awaiting your response.

Wow that was very nice to hear from you ... Very happy to read what you said and am sitting down here with a smile on my face.. Wish you were here with me now... How was your night??? We do have alot in common and can't wait for the moment we will be together..... You are heaven sent from God and l will hold you soo tight!!! I have some more questions for you Yolanda and hope they will finds you well..

1.Do you like traveling... if Yes What's your philosophy on travel...? Oh Yes l traveling alone and sometimes l do travel with my client, when we are leaving my bag's are well packed, but when am with my life partner l just don't like traveling much. lt's because l just don't want her to be lonely or l have to go with her...2. What do you mostly do on weekend...? I clean the house, wash my cloth's , and then have some fun with my male friends, sometimes l do go on shopping too....3. Are You left or right handed...? I'm right handed and l can
Read more

How are you doing today over there? Hope you are doing well? I’m great too. Thank you very much for given me your email id from that website matchdoctor.com.

am so much sorry for my late reply as i promised you yesterday, i got back so late because i went out with my Friend Allan, please am sorry for that i saw all your sms and your miss calls and i hope you are not angry with me.

i will talk to you later in the day today because right now am so much busy with customers because i told you yesterday, that am traveling to Dubai on 5th May i need sale all the goods in the warehouse before traveling to Dubai.

i will talk with you when i get back home, take care i miss you so much, please don't be angry with me okay, i hope you have a nice sleep last night!.

I hope we will get to know each other better through this means. I would start by telling you about myself, hopefully you would also tell me something about yourself too. My na
Read more

Romance scam letter(s) from Neilan Vittore to Mariola (Polen)
Hi I'm Robert,just came across your profile and got interested..You are beautiful! I would like to know more about you,if you don't mind.

Mariola Hi, nice to hear from you, and how are u doing? I'm from the UK, I'm an engineer. I work with Westward freight forwarding company here in the UK. www.westwardfreight.com.

I would like to have your e-mail for more, so I can write an e-mail to tell you more about me, and add you to the online chat sometimes ... I'll be waiting to hear from you soon. Until then, please take care of yourself.

Nice hearing from you and hope you are doing great. Thank you for wiadomosc.Powiem you more about myself , if you do not mind . I'm from Dublin Ireland , an engineer by profession, currently working in Westward Freight forwarding company in the UK. I've been in business for 13 years as director of operations . I happened to be the only child of my parents , a professor an
Read more

Romance scam letter(s) from Neilan Vittore to Patricia (Brazil)
My lovely wife Pat,
I have just had a good nap today and got myself physically and mentally ready for tomorrow,then thinking about you after i woke up,our love,future plans and aspirations,i couldn't help it completing the poem i have been putting down for you since few days now to further express my happiness in knowing you and planning about a great future with you.I told you that you will be getting such poetic words from me from time to time as our love and affections for each other blossoms,i have been putting this down since few days now as i told you and was able to get it the way i want it today,it exactly tells about me me and you,let me know if this will increase your happiness today,i love you so much Pat.

A chance of meeting by a Higher Power called Love.
Two strangers become friends,
Both feeling like they've known
each other forever.
An attraction so strong,
And a feeling so deep,
neither one could ignore.
Separated by distance,
but brought
Read more