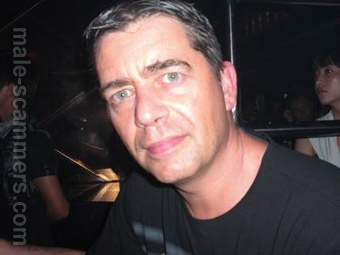 REPORT N1 (added on February, 18, 2013)
Anne (USA)
Used the sympathy card of a tragedy of the death of his teenage son from sudden 'heart problems' but that he, 'Henry', was doing fine nonetheless. And that if I wanted to support him during the difficult time could money be sent to me, and then I in turn could send it to him so that he "could pay his workers in Malaysia", as he "couldn't do anything at his end."
Very dangerous fraud, as he is atypical. Comes across as intelligent, uses good grammar, prefers to chat for awhile on the site where he meets his potential victims rather than encouraging the potential victim to messenger chat, or via personal emails. Attempts to lure women to his laire by humbly mentioning as an aside that he's an "architect" but doesn't like to mention it until weeks after emails, site chats, and instant messaging, as he believes women will go after him because he is one, and "makes a very good living" (see his dating site profile comment) at the profession. He also attempts to impress by saying he lives in Malibu, CA.

Romance scam letter(s) from Henry Klaus to Anne (USA)
Thanks for everything, please can you help me pick up some money from my client in the states, I need to pay of some workers in Asia, I can't do anything from this end. Thanks
Henry