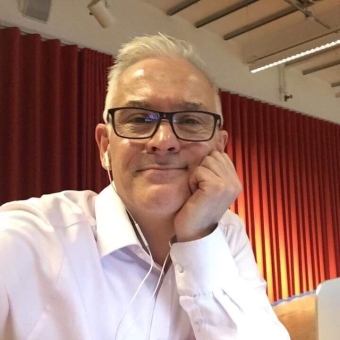 REPORT N1 (added on January, 11, 2019)
Nicki (England)
Initially contacted by him via Elite Singles in June 2018, we exchanged phone numbers so we could use WhatsApp. Then he messaged to say he was coming off the site as his friend was ill & he didn't have time for dating.
He said he was American by nationality, Norwegian by birth and now lived in Hendon in North London (England) His wife had died 5 years ago, they had had no children and his parents had passed away.
He got in touch in November. His friend had died. As I didn't remember him from before, he said he'd listed online as King Lucas - which I didn't recognise, so he sent me photos. He wanted to get to know me before meeting - lots of messages & questions plus photos but we didn't meet. He would go quiet for days then be back in touch. Sad he was an investor & working on a contract.
Then he went to Saudi Arabia - was involved in funding an oil rig. Was offshore so couldn't be in touch much. Then was ill so back on land. He sent me 3 videos of workers on the rig plus arriving at the rig by helicopter and people leaving by boat - but they didn't include him.
Then there was a major accident, he had to go to police & a lawyer. He sent me a letter supposedly from the Saudi government. He is required to pay a fine for the injuries, and the oil spill. But no reports online of an oil spill in the area.
Then he asked me to send him I-tunes gift cards. He said he needed them to buy apps for business. I refused - & suggested he must have business colleagues who could help. He accused me of being suspicious. I've left it that he contacts me when he gets back to England.
REPORT N2 (added on March, 1, 2019)
Cynthia (USA)
Made contact and then received notification that his bid was accepted in Bahrain for oil drilling. Made daily contact. Then 2 day silence. When I contacted him there had been a horrid accident. 2 men injured. Was possible that he could lose his investment. When I researched photos he had sent were not in Bahrain. No record of an oil spill etc. I advised him I was bowing out of our chats. Became accusatory towards me for attacking him when he was working to resolve the situation and come home.