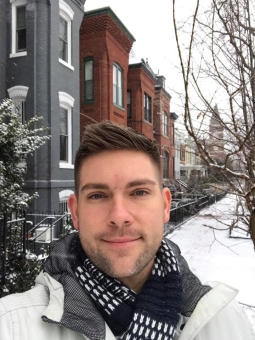 REPORT N1 (added on January, 1, 2019)
Sandra (USA)
Met Jamie on Twoo. We connected and he asked me my email address. Started chatting on Google Hangout. He deleted his Twoo account straight after. Claims to be on an oil rig in the North Sea off the coast of Scotland.( I have never known that oil rig workers can be on a rig for almost a year!!!!) Has asked for money to help him BUT I always told him I didn't have and we still kept on chatting. This guy is SERIOUSLY good. We even argued like a "NORMAL COUPLE".
REPORT N2 (added on March, 21, 2019)
Anna (Germany)
First time Jamie sent me a message it was on Ok Cupid. After a few chats he asked if we could write on via e-mail, because it would be more comfortable for him. We exchanged some e-mails and went on chatting on Whats App. He claims to be an petrol-chemical engineer and working off-shore at oil rigs, at the moment we started writing in Scotland in the north of the sea. Living in Aberdeen, soon going for a job to South Africa. He also told me a sad story about his parents and his ex-fiancee.
2,5 month of writing passed. Then, whe he pretended to be in Africa, he asked me for money to help him. I said I would have any. He appologized for having asked me for assistance. I named him a cheater, but called him via Whats App call. We spoke for maybe 10 seconds, then he stopped the call. I asked him to go on video call. He was not ready to show up or to speak anymore with me. Saying he didn't had to prove to me anything. One day before he asked me for money, he gave me his access to his bank account to check if an important transaction went through.

Romance scam letter(s) from James Conrad Anderson to Sandra (USA)
Okay Sandra.Let's do it this way.So now I'm going to introduce myself 'formally' to you and i hope you'll do the same,okay? I'm a very busy Man so i think it's best i just tell you about me once and for all. Oh and i'm sorry for the delayed reply...I had to hit the Sack as i had the Early Shift.

My name is Jamie Anderson,you already know that. My parents are from Canada and South Africa(my dad is French Canadian and mum is South African)but i live in Aberdeen,Scotland. I'm single,40 years old,no kids and never been married.... I'm a Petroleum Engineer and i'm currently under contract with Exxon U.K. I do offshore Oil explorations so that means I'm mostly always Offshore on an Oil-Rig.

Now for the unfortunate part..I'm all alone in this world now as my parents are both late.I lost them in a Car crash.The effect of the loss and the memory of them was just too much for me so i had to relocate and luckily for me,there was an opening at work so i gladly took it.A
Read more