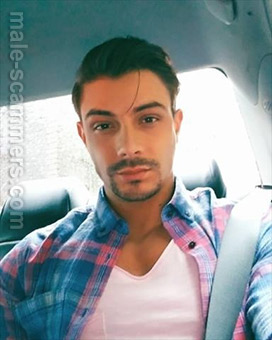 REPORT N1 (added on October, 5, 2018)
Jules (USA)
This male scammer is on POF. Profile name is mattman390.
He and I had been in contact for 2 weeks. His parents died in a plane crash, and no siblings or anyone from Amsterdam where he was from. Exchanged phone numbers and spoke few times, briefly because the conversation from his part wasn't clear, as he had an accent and also always phone conversations cut off. On September 23-September 30th he was on a work project as a solar engineer to Lagos, Nigeria. But supposedly on his departure date from his hotel, he was robbed of everything, only cell phone he had. He contacted his embassy, employer and UN. His credit company froze his accounts.
REPORT N2 (added on November, 22, 2018)
Jazmine (USA)
I am speaking with him now. We were supposed to meet yesterday and then he came out with being ribbed and asking me to send him money to get his I.D. He had a. Elderly Aunt between 71-76 years old, whom he isn't close with but she sent him $100.00 online. His birthday is tomorrow. We have skyped and I saw that he looks like his photo and he sent me his plane ticket to prove he is telling the truth.