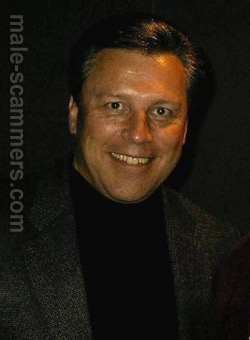 I can't explain why our messages where deleted but i can say am happy we here now.
Just hope i got the right email address,look to hear from you soon.

Hope to hear from you soon.
Brian

Thanks for the beautiful pictures you sent me,my eyes where clue to your smile through out when i was reading your mail.I would love for us to continue this lovely friendship. I found myself younger every day,is all choice of life.Your level of agreement on life and love issues really is an encouragement.

You have a lot of passion in your soul, I can tell by the way you write. It's wonderful. You sound very passionate, considerate and sweet.I like to think of the world as a big treasure map. The treasure
Read more

Romance scam letter(s) from Brian Wilson to Diane (USA)
We all have our flaws in life, I lost both parents long ago and i also had my share of the pie when I lost my wife to a brain tumor, Since then my daughter always stayed with my sister in Dundee Scotland while i delved myself into work pretending to be hardworking even though i know in my heart i was trying to just forget my pain and loss though it sky rocketed my success but am i really successful without a woman to crown me? I know i would give all i have just to have that one thing money can never buy, I know i am a man who understands that loving is not about how much we have in the beginning but how much we can build it into as time goes by . I want a woman to be with me for being herself not changing to suit me but allowing myself to accept her for who she is, i want more than a wife, i want a best friend more like a partner in crime. When the time comes you will only find out it is like a force greater than our control is driving us towards someone to make us
Read more