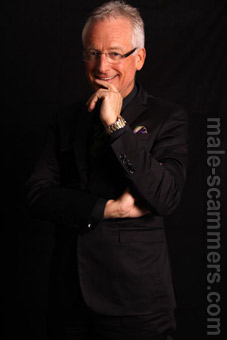 REPORT N1 (added on February, 8, 2013)
Michaela (Germany)
Hello,
I had contact with a person who gave me this information. As I told him that I think he is a scammer, he directly stopped contact / chat.
His name at Skype is michael.scott153
REPORT N2 (added on December, 5, 2013)
Teresita (Philippines)
In July 2013, was introduced to me by a male friend that I met on Facebook. Said that he's been scammed before by a female from US & had recovered all his lost money with the aid of a recovery group called UK houseofrecovery supposedly based in London. He referred me to this group & vouched for them that I would surely recover all my money. Meantime, he made advances to be a lover, fell in love with me so he claimed. Swept me off my feet. He was pretending to be a man real in love while this recovery group kept asking me to send money for varied fees charged. After Sending $5,410 & I sensed that I was being scammed only, no transfer of funds as promised, I stopped communicating with this recovery group. Jerry Davidson continued with his emails, chats, & phone calls with me. After a month he was transferred by the British Red Cross (his employer) from London to Accra, Ghana. After a few weeks there, he said that he needed to deposit in my account 1 million USD, he received as a reward from a family for a job well done.
He wanted my bank account no. I said NO. Then a few days later, he asked me to send him $500 so he could buy some jacket & other stuff that he needed. I said NO again.
All these pictures were stolen from a Swiss consultant. I googled the pics. He showed himself to me on webcam, he looked like a young black man in his early 30's. Also he spoke with a heavy Nigerian accent.
REPORT N3 (added on May, 22, 2017)
Eloha (USA)
Scammer - image stolen.
"Hello, How are you? I know you maybe surprised on how i came across your profile. I'm new here, i saw your beautiful picture on my search and i was captured by your photo so i decided to write to you with the intention to know you."