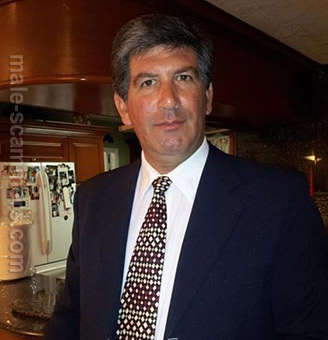 REPORT N1 (added on September, 11, 2018)
Kathy (USA)
We have been communicating for several weeks and b/c of previous scam attempts I have maintained a high index f suspicion and given out nothing but my email address. He is using a different name and I have several pictures if you would like them.
REPORT N2 (added on October, 6, 2019)
Shar (USA)
Rand first contacted me from March.com. He never posted a picture of himself. He took our emails immediately off-line to send personal emails to one another. His reason was because his employer Bain Capital did not allow their investment counselors to post their picture on the internet. In a very early email he did send me two pictures. One of which I found on your website. This guy is very good at scamming. His mistake is he used the same background information that other scammers used even had the odasity to use the SAME NAMES as the other scammers. and coincidentally they all originate from Lagos, Nigeria. Verbatim his letters were used by other known scammers. His daughter Diana is in the U.S. Airforce stationed in Sydney, Australia as an Airborne Electronic Analyst. mom moved from Los Angeles back to her home country Turin, Italy. He works for Bain, Capital as an International Investment Counselor Said he was previously with Merrill Lynch in UK. Said his wife's name was Maya & she died in 2010 the same day his father died from injuries of a car accident. He told me that he had a home owned by Bain Capital in Las Vegas on Christopher View Avenue. His mom died in Turin, Italy last week of September 2019, so he is selling his house in Los Angeles which is currently empty. I suspected he was a scammer because he travelled so much for business so there was always an excuse why we could not meet, so I've never met him.

Romance scam letter(s) from Randy Dinar Hanson to Kathy (USA)
Good morning my dearest lovely Kathy,
How was your night? My day here started with a lot of thinking. This week started well for me but wants to end as bad week but with you on my mind, I will stay strong, happy and positive. We made progress in our last meeting yesterday but the final conclusion will depends on what the Directors decision will be on the investors demand notice submitted to them. If everything is accepted by the company and the investors, there will be an investment deal which they will take from there.
I returned back to my hotel very late last night and was still in the happy mood when I got a call from my aunt that my mom has been rushed into the emergency unit.A woman that I was hoping to be discharged this morning is now in the hospital emergency ward.
My aunt told me yesterday morning that my mom has been asking of me wanting to know if I have been informed that she is in the hospital and if I said when I will be coming to visit her as she
Read more

Romance scam letter(s) from Randy Dinar Hanson to Shar (USA)
Dear Shar,
Here we are again with smiles on my face as I recieved your email with the beautiful pictures. I am so happy that I don’t know what else to say to you. Okay let me start by saying THANK YOU for writing me back and for the nice looking pictures of you and grandchildren.

Yes! I remembered promising to tell you more about me when I emailed you on match.It seems that I have not done that so let me start from there.I already told you that I am a portfolio manager and financial adviser.I have a daughter who joined the air force recently as an Airborne Electronic Analysts.I have been widowed for 9 years. My marriage lasted for 26 years until my first and only wife died in in 2010. Since that very day,I have not been in any form of relationship. I have dual citizenship, American and Greece but I was born in Turin Italy. I have lived in many countries and speak other languages. I enjoy playing Tennis which is a passion I got while schooling in Europe,I love l
Read more