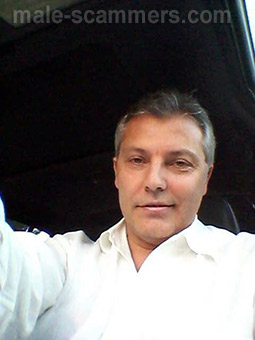 REPORT N1 (added on September, 5, 2018)
Dawn (USA)
Michael put something on Old School Italians group about the hard time he was having as it was the 3 year anniversary of his wifes death and he needed some advice. There were many responses to him about this including mine and I PM him also. Several strange events happened including it seemed like I wasn't always chatting with the same person. He supposedly had an 14 yr old daughter that he was raising alone. One time he said he was from Texas then said originally from Turkey and moved to Texas to be with his father when he was 19 and his mother died. He said he was a civil engineer but when I asked about his schooling I could never get an answer. Then he had to go to China to work and of course once he was there no checks were clearing so he and his daughter.