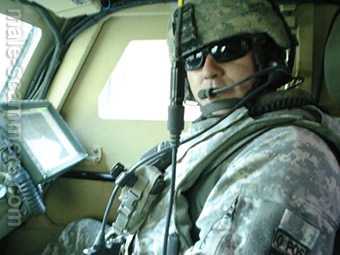 REPORT N1 (added on August, 22, 2018)
Dobby (USA)
Bio on Twitter account states he is a Corporal in the United States Marine Corps Reserves, a Lieutenant Colonel in the United States Army Reserves, is an active law enforcement officer and is a combat veteran. Mata said that he is from Bronx, New York, has a son named Alex who will be 13 on September 22. Andrew's wife died five years earlier of cancer.
Mata has been in Kabul, Afghanistan for two years on a peace keeping mission and will take a week's vacation the first of the year, to be in the States for the New Year celebrations. He has not been eating well, eats only once or twice a day. He cannot access his bank account in Kabul so he can buy food when having to wait on the cooks.
I told him I'd been paid back $3,000 that was owed me, that the money was just stuck into a bank account, that I didn't need those funds to pay my bills. I didn't owe anyone any money and had income to take care of my needs. I was financially secure. He said that would be marvelous if I could help him with the $3,000. I asked if he needed all of it, and he indicated that he did.
He asked me to wait for him to contact his agent in the States, and he would be back with the information for me to send the money. His agent goes to Kabul once a week to bring medicine supplies. I tho0ught it interesting that, when a Nigerian gives shipping information, it is in the listed format below, as it was also given to me..
I asked him for his email address so I could email the tracking numbers. He said I would send not just tracking numbers. I needed to send him a photo of the receipts. (Sorry, mister! That's not going to happen. It would have my personal information on it.)
His email address is andrewpalmermata@gmail.com. He blew me a kiss goodbye as I left to go to the bank to get the money to send, but I blocked him instead. (This dude was given to me by another lady who had been duped into sending a $100 iTunes card so that Mato could talk to his son on his birthday, which would be coming up in September. I knew he would eventually try to scam me, too,)