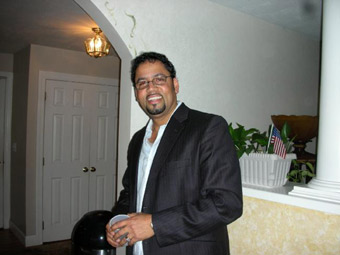 REPORT N1 (added on August, 31, 2011)
Lucy (USA)
Hi, my story started when I sign in this site CatholicMeetPeople, and I start chatting with him, his name is Rio Urbano Santiago, then he told me his whole story, that he was in Republic of Benin, on a contract for this important margarine plant, owed by jewish billonaire,he has been there for 6mnths, then when his contract finish, he was payed, and he couldn't cashed the check, he was to cashed in USA, and his plans was to come to Tucson, AZ and buy a house, so we could together. But unfortunaly, he ask me for IPHONE, before all this, that he needed to put a program in, cos he is a process engieer, he was going to impant that program here in Tucson. So he asked me if I could send him 8000. for the hotel debit he was in, so I didn't, but I did send the IPHONE, so was homeless and the hotel manager took him to live with him, which he keep asking for money and I did send him cos he didn't have anything to eat or use the internet, where he was living(Nigeria. So he keep crying and didn't stop, until he asked me if I could send the plane ticket which I did to, I send him about 1400. which then he was detained by Nigerian immigration at the airport, cos his visa was expired and work permit to, so he was in custody of them, so this man he got to known when he was working in Benin, helped him come to New York, which he owes to him 650. which asked and still pushes to send the money or he is in danger cos they are bad people, where he is staying right know, I took him out of messenger where we have contact, but still he comes in. I would really appreciate if you tell me what he wants, he has a very thick accent, I can hardly understand him. He said he has a dual citizenship, he was born in Ponoma, CA. Thank you, and I would would appreciate what he wants and if he is in the list, he mentioned he was going on to this site to get help, which a lady asked him to marry him, which he didn't want and she is a real estate agent, which if he is getting on this sites, I wouldn't want them to be like me, help him out.
Thank you,

Romance scam letter(s) from Rio Urbano Santiago to Lucy (USA)
My life started in Pomona, CA. when I was born to some poor Mexican Immigrant to the U.S; I was later taken by my Uncle to South Africa, where he raised me when my parents lost their lives. They were killed in the Israeli War with the Lebanese. I was raised in East London (Southern part of South Africa) I schooled there. My life has being filled with mysteries. Ladies think am too handsome to be serious in a relationship. Within me, I am faithful and honest. I have being into my Business. I help the charity a lot. cos I got no one to show me love. I will do well with money soon with the contract I have got in Benin Republic…. I have been supplying materials for the installation of a new Margarine plant in their capital state, the company is owned by some Jewish Billionaire. So I am happy to have gotten this contract. I have made some shipment of what we need for the total installation. I have done the f
Read more