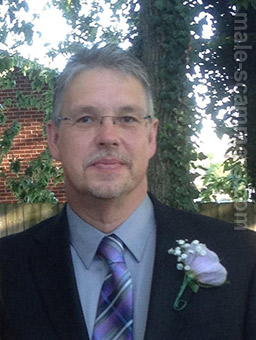 REPORT N1 (added on July, 2, 2018)
Meg (USA)
I met Juan Benito through the dating website Ourtime in early February 2018. We exchanged messages for a short time on the dating website and then he asked for my number so we could iMessage privately. He had posted four (4) pictures on the website; two of himself and two with his grown daughters. His profile introduced himself as an widower with two daughters, that he lived in Rochester, New York and that he was an engineer.
We chatted privately for about a week. He was polite, pleasant, stated he was Roman Catholic, and that he was a petroleum engineer.
Typical scammer.
REPORT N2 (added on August, 30, 2018)
Cathy (USA)
I started corresponding with Michael Benito on Our Time. He stated he was 57 y/o widower with two college age daughters (Emily, studying law and Rose, medical field in New York). He also stated he was a petroleum engineer from Troy, Michigan, he went on to state he was born in Italy and moved here with his wife (he does have an Italian accent). He stated he had been married for 32 years and had taken care of his wife 24/7 during her last year of life. He also stated they lived in New York state for approx. 15 years before moving to Michigan 15 years ago. Stated he owned a company of petroleum equipment sales/rentals along with having contracts with two major oil companies (Exxon/Mobil and I don't remember the other). After a couple of weeks, we started texting and talking on the phone, he then shut his Our Time account down as he said he was going to. He would text two times a day, sometimes three or more on weekends. It was important to him that I attend church which I did and then we would discuss the church service. He always wanted to make sure I was eating healthy, exercising, and safe. We talked about anything and everything. He then went on a business trip about four to five weeks after we starting corresponding. I did look for any scamming information on him continually and could not find anything. I even joined Who Easy and nothing showed up. I was constantly looking for his phone number to show anything against it, 313-444-7655.
During this time, we talked about our children and he stated he told his children about me and he had me tell my girls. We also talked about my one daughter getting married and he wanted me to tell her he would be there for her wedding (which I never did). We also talked about our parents. During this time he did ask for money and I did send him some through a friend of his. He promised to pay be back when he comes home. He was to be home on August 6th. We really had some soul searching conversations.
We continued talking right along and into this month. He continued to say I was the best thing that ever happened to him and how he still wanted us to have a life together. However, he has not come back from his trip to Dubai, as he has said there are many obstacles that have taken place. I finally stated that I thought he was a scammer and felt bad that he had to scam me. He came back at me stating he was ashamed of me, calling me by my first name, which he only does when trying to make a statement. He, of course, stated he was who he stated he was, "please don't ask me that again. Trust me." He stated I should have patience as he is having troubles. He went on to say, "I was set-up here and I was trying to clear that without involving you because I know you had no more money and you have tried enough for me." I must mention this is the only time he was upset. He has always been very polite, never swearing, can quote scripture, would send prayers, often, and even cried three times. The last time he was crying so hard, I could hardly understand him.
Then on August 10th, I found pictures of him on your web-site. I am so upset, I have never had this happen before. Last week, Google search, linked the telephone number he is using in New York, 585-502-8277, to J&B Petroleum and Drilling Engineer LLC, 100 S. Clinton Ave, Rochester, New York, which is now not there.
I should say he contacted my today. I asked him when he would be home and he stated he would know this Friday. I am sure there will be some type of "trouble" for him not to come back. Not sure why he would be contacting me if he knows I have no money. I am unable to block his number as I have an older phone which does not have this feature.
The first picture with his two girls appeared on Our Time. The other one he sent when we exchanged photos. As you will see the second photo with his "oldest daughter Emily" is the one that matches closely to the photo you have on your website, minus the hat. I feel bad the for family whose pictures he hacked.
I did put out scamming alerts against his phone number 313-444-7655.
REPORT N3 (added on April, 10, 2019)
Teri (USA)
I was duped by Juan Benito also. He stated he was a widow he had 2 daughters, same story as the others. Rose is finance, Emily is law. Always asking I'd I was eating and what. Said he would love to cook for me. Then came the 4 week job in Dubai, but we would meet when he came back. Luckily I found this site and got out quickly...