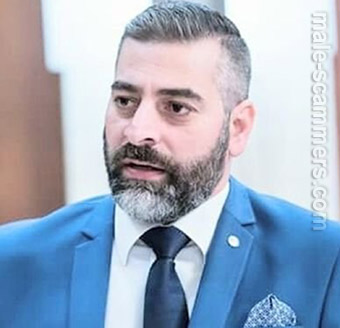 Romance scam letter(s) from Terry George Williams to Brenda (USA)
Brenda, how is your day going, hope you are not over working yourself, something little might delay me Brenda and i do not want that to happen Brenda,i really am looking forward to meeting you Brenda, i looked into my ongoing contracts and i need to pay some of the workers before i leave Brenda, so i am going to see if i can do that before i will be able to go for my leave, but i might not have enough money on me to have a nice trip after i have made those payments, i do not know how you might take this Brenda, but i really do not know if you can send me some money so i could add it to what i have to make necessary preparations for my trip Brenda, that would be so sweet of you Brenda. hope you are having a great evening Brenda.

Yes honey, I would love to spend the rest of my life with you honey always by my side honey, honey I'm still in debt of $780 honey to the hotel, honey that's so sweet of you honey, I love you for your support my love, I
Read more