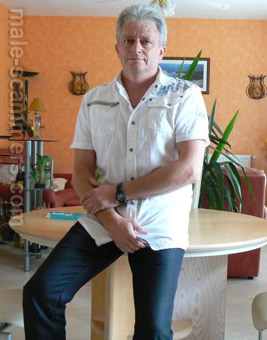 REPORT N1 (added on January, 15, 2013)
Indri (Indonesia)
He initiated contact in the website, didn't look suspicious in the first/second emails. But very pursuant in accepting him to be the sole contact thus asking me to leave the web. To avoid suspicion i invited him to chat via skype, to my surprise he accepted. Within the fourth day, already bragging about a big contract with some big government-owned company (Petronas), which actually turned on my alarm, and saying that he will be receiving some hundred thousand US dollars and will be spending part of that money to buy a house in my city to be our future home. In the mean time he liked to phone or asked me to call. Within the end of that week, he indicated some money problems in order for him to cash in the bank guarantee as tax payment thus asking me to send him some USD 10,000.- which of course i refused. He tried to intimidate me by constantly calling me then i decided to cut off the relationship.
REPORT N2 (added on October, 18, 2013)
Memey (Indonesia)
Try to scame use petronas contract his late father...asking money to pay malaysian taxes to kliring his certified bank draft.

Romance scam letter(s) from Sam Geoffrey Blay to Indri (Indonesia)
Dearest Indri,
Am glad you could bring out this chance for us to discover each other very well,and see what the future bring for us, i just want to make a formal introduction about me. My name is Sam Geoffrey Blay,Originally from Rome Italy base in Nashville, Tennessee United States America the only child of my parents but they have all pass a way leaving me with my son.

I had my university Education in Lancaster University where I obtained B.ENG and master's degree in mechanical engineering and Environmental Science respectively.currently,working as independent contractor in marine supply equipment to oil companies world wide(it is my father owned business that I succeeded after his death).

My marital status:I was married with a crown male child (Sam-Jr)like i told you well,I have been separated from my x wife by death.This occurred during her second birth child which took her life and that of the child.It happened two years ago,in fact i suffered two death
Read more