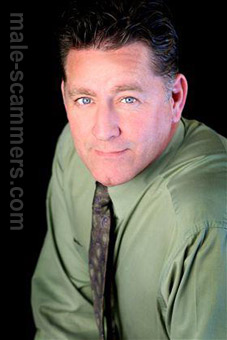 REPORT N1 (added on December, 26, 2012)
Paula (Belgium)
Contact initiated by him on facebook chat - corresponded with him for about two months- asked 800 dollars for his daughter of 16 years old suddenly having a brain tumor to pay the doctors for an operation - I did not pay - I found out that he was doing this with another woman, same amount, other reason. He asked about my earnings, marital status, wanted to come over, finally I stopped every contact by unfriending him.
REPORT N2 (added on March, 25, 2013)
Ester (USA)
He was saying that he is an engineer who has a contract in Kuala Lumpur - Malaysia.
A month later prior to Id Muslim's festival, he left his wallet at a store when he did shopping and from then on marc kept asking to support him either for food, paying his workers, getting machinaries, and even to get some medicines when he wasn't well. Him and his associates have scammed me for almost $40 K. I also attached his introductory letter and a few fake documentaries which I have sent to Federal Police and Australian Passport Office in Australia.
This is the address of marcus bridges always used for me to send money to, Pandan Height, Pandan-Padana - Selangor 56000
I hope it will be useful for future reference.
Thankyou
REPORT N3 (added on February, 23, 2015)
Valentina (USA)
He said that he was in UK Newcastle and after 6 weeks texting he ask me for my account number to deposit me and then I supposed to transfer someone else because he was very busy.

Romance scam letter(s) from Jerry Kent to Ester (USA)
Hi Ester, you have the right email address.. How are u doing today ? i am fine myself.. thanks for giving us chance to get to know each other, well it has been my intention to Find true Love, someone Who i could cultivate a Loving and romantic Relationship with.Its has not been so easy to find True Love nowadays So i decided to contact u and see what comes out of it I'm new to Internet dating things i don't know much about It. Just want to give it Chance and see If i can have the right woman. can you tell me more about yourself
Looking forward to hear from u soon

My dear it is nice to hear back from you on the site, i hope we'll be able to start getting to know each other now. My name is Christian Becker, I should tell you that I am very open-minded, I don't accept anything just because everyone else believes it and I don't close my mind to an idea just because it is strange or unaccepted by the general public. For me, tradition and custom are
Read more