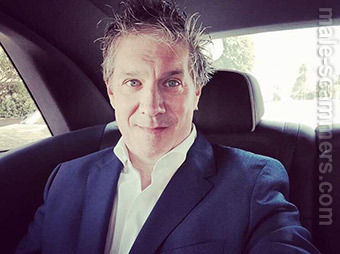 REPORT N1 (added on April, 10, 2018)
Angie (USA)
Who is Joseph E Pellegrino? This is what he has told me about himself and his family: He is a widower, his wife passed away 7 years ago from cancer and he has been by himself since. He has a daughter Emily (32 years old) who has 1 daughter and was expecting her second child, which she has allegedly had while in Millan, Italy. He also calms his mother who lives in LA has cancer. He stated he was involved in a business deal that would allow him to retire and move from New York to LA. This is the address he claims to live at "220 E 65th St Apt 3K, New York, NY 10065" and he does not show as a resident in anything located on line. His emails are written by someone who know how to keep your attention and keep you interested.
He said he was the CEO of a company Grino Marine (http://grinomarine.com) which does not appear to exist except on the internet all the photos and bio appear to be the same as those found on Bisso Marine website. The web site for Grino Marine has an address of 448 Pallet St, Mamaroneck, NY which does not exist except in Virginia Beach, VA. We have found that the web site for Grino Marine was only setup sometime in August or September of 2017.
We have found several Joseph e Pellegrino on LinkedIn, 3 of whom claim to be the CEO of Grino Marine one of the photos matches the photos this Joseph E. Pellegrino sent to me. He is found on Facebook as well with the same photo he used on Match. The photo was updated on November 8, 2017.
So, let's get to the point as what has lead me to posting this for other people to see and that has been he is asking for money. We all know what scammers are and I believe he is one. He claims to be working on an oil deal that has left him stranded in Dubai with no way to get paid for the money he has invested in the building of an oil rig that exploded and injured 14 people. He is good there were photos of him on a private plane, in Dubai at an oil rig site and at his hotel.
He has also claimed he has an attorney who is helping him get out of Dubai by the name of Oscar Romano and the strange thing is his emails did not have the normal legal mumbo-jumbo about them being confidential. (https://www.sodiclawfirm.com/firm) also the address does not appear to be valid and there is no phone number on the web site for the firm. This also looks shady.
All I can say is if you run across anyone who claims to be Joseph E Pellegrino on any dating website run, they are not who they claim to be and you could be scammed.
REPORT N2 (added on April, 23, 2018)
Heather (UK)
Says he is from USA but working in Milan. Got wallet stolen and has no money or cards. Has son called morris and wife died few years ago. Son lives with grand parents. States he works self employed.

Romance scam letter(s) from Joseph Pellegrino to Angie (USA)
Nice to know you got my Email Angie.... .
How was your night? Mine was alright and the day seems bright.
I have a couple of hospital runs with my mother and then later I will be busy with some conference calls as I am working from here by passing instructions to New Year.
I will send you a long message with more about myself when I am settled in the evening.
You have a nice day and look forward to my message.
Smile....
Joe

Hello Angie,
Good to know you had a good day... Thanks a lot for your reply to my last message - I understand sometimes things come up.
I really appreciate the effort and I hope we would continue getting to know more about ourselves...
All I wrote to you previously in relation to what I was seeking for in a partner wasn't fictional at all, and somewhere in there I stated that we all have flaws, I think people that think alike deserve to be with each other because a partner with lesser requirements will always feel op
Read more