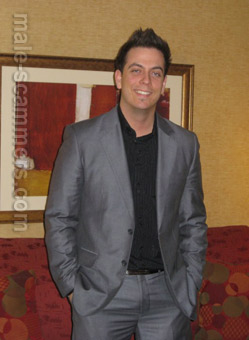 REPORT N1 (added on December, 24, 2012)
Laura (Netherlands)
He says that he is in Malaysia for bissnuss and his creditcard was stolen and can't get home to the Netherlands because of blokked his account in the Netherlands, he is an American.
REPORT N2 (added on June, 19, 2013)
Luz (Netherlands)
Says he is in malaysia for work. In arts. And his bank account is frosen. Than he starts to send email and calling a lot. Sending pictures of his son joshua. Telling you you are going to be his wife and mother of his son.
he played with god a lot. Because I am a christian. He knows the bible wery well ,and what christians believe. He plays a lot with that. His letters are very convincing as well as his voice.
he begins with some money than he asked for more. Totaal of3600 euro he says he hit a boy with the car before he gas to take the flight. do you srnt more money. He sent me a visa document fot malaysia and a KLM confirmation of his flight.
REPORT N3 (added on August, 20, 2013)
Corinne (Netherlands)
He send me a message at Badoo en that's how are first contact started....we chatted for hours and couple of days...He was telling that his wife died at the birth of his son Joshua (Josh) that he was in A businesstrip in Malaysia for 2 weeks and he had his own business in art sculptures. That he was living now for 3 months in Amsterdam and that Josh was staying with his mom in New Jersey but he was also coming to Holland at the end of August. He send me pictures by mail of him and his son...we talked several times at the phone and send text messages. He let me believe that I was the one for him and that we are gonna build our happy family he ever dreamed of and that he never felt like this before....He tells you everything you want te hear...we should see each other when he get back but after A couple of days he was telling me that he had problems with A payment from the sculptures and that his bankaccount was frozen....the Same night he asked me of I would help him to lent that amount of 1200 euro's. I told him immediately that I couldn't help him with this and it was no problem. The next day he send me such A lovely email and after that he asked again for help. I never gave him the money and he was staying very kind and sincere... He told me that I was confused about the whole situation and that he should call me when he gets back in Amsterdam but I never heard from him.
REPORT N4 (added on June, 18, 2014)
Vicki (Canada)
Chris contacted me on Badoo back in May.
Claimed he was an art dealer relocated to Calgary Alberta from new Jersey.
Claimed his wife died giving birth to his son Joshua.
All of the letters he sent me were posted on the site by other women.
Last correspondence was that he had accidently hit a boy on a bicycle and wasn't sure how he was going to come up with the money to cover the boys medical bills, things didn't sound right so I started to google pictures and came across this web site.
REPORT N5 (added on July, 1, 2014)
Grace (Canada)
I was first contacted by Christopher Ferguson on the dating site OKcupid. After he wrote me on a few occasions and I responded he asked if I could send him my e-mail address so we could write each other. In his e-mails he told me that he was an art dealer who imported art sculptures etc. and that he recently relocated to Calgary for his job and due to the death of his wife after giving birth to their son.
We continued to correspond back and forth. He told me that he would be leaving for Kuala Lumpar for work for two weeks and that he would continue to write to me. We continued to write one another and he told me about how he was a Christian, he told me about the type of man he was and the type of woman he was looking for. He seemed to be more charming in his e-mails and got to a point where he wanted to meet and talk on the phone. Eventually he gave me his phone number in Kuala Lumpar and asked if he could contact me. We eventually spoke on the phone and I noticed he had a European accent, I asked him why he didn't have a New Jersey accent and he told me that his mother was German. Eventually in the end he said that he would be returning to Calgary but had some issues with cash and asked if he could borrow $1200 and he would pay me right back when he returned. At that point I felt uneasy about the situation. So I happened to check his Facebook account and eventually came across this website. He eventually called me back to see if I would send him the money and I told him that I knew he was trying to scam me. He never admitted to anything and I have not heard from him since.

Romance scam letter(s) from Christopher Fergie to Laura (Netherlands)
I should be severely punished for not writing you all these while and for neglecting a mail from a decent and Alluring woman like you,Laura I beg your forgiveness and that will never happen again...I've been on a business project in Asia,Malaysia and I'll get done soon.I will like to read from you as soon as you get this message.Take care
Chris

Hi,
How are you today? I hope you’re doing great as usual.. Am very pleased to write to you some introduction about myself, Here some tips about me, am a single father of a wonderful son named Josh,he's 3 years of age.I lost his mother when he was been delivered.It's really a long story but as time goes on i will tell you more about it.Am out here looking for loving, caring, Good Listener woman, A woman who know and understand what love and relationship is all about.Am so glad to meet you though i haven't know much about you,but i believe with this way we could get to know each other better.
I really
Read more

Romance scam letter(s) from Christopher Fergie to Luz (Netherlands)
Hello Luz,
Thanks so much for the pictures you sent to me.I really enjoy watching them.You have got beautiful kids just like their mom.Well I pray this message gets to you in good health & sound mind. How is work, and i hope the kids are doing great. I hope everything is going on well for you as it is for me? I would like to take out time to write you this long mail telling you about myself & what I am seeking for right now in my DREAM WOMAN & possible SOUL-MATE.
Well I believe that: "Life is not measured by the number of breaths you take, but by the moments that take your breath away.I love to laugh therefore my ideal match should also have a great sense of humor and not take life too seriously. Traveling has become an important interest to me also due to the nature of my work,so I would like to find a travel companion who is adventurous and willing to try new things. I am proud of my accomplishments over the years and have no regrets with my past... All my past
Read more

Romance scam letter(s) from Christopher Fergie to Corinne (Netherlands)
Good morning honey,i just thought of dropping you this few lines before you start your day guess it must have already started...I love you. I love every little thing about you. I love your cute smile, your magical eyes, and the sound of your voice. I can't stop thinking about you each time i'm alone. I need you by my side. You complete me. You mean the world to me. You are the best thing that has ever happened to me. You are the one I've always wished for. I never thought that I would ever meet someone as special as you. I love each and every moment I share with you. I'm just like the normal guy you see everyday you go to work but in one word...I'M SPECIAL IN MY OWN WAY..I haven't climbed any mountains, I haven't flown my plane around the globe, I don't ponder which Ferrari I'm going to use for the day, and I definitely haven't built any schools in Africa! I haven't discovered the cure for the common cold, and Warren Buffet doesn't ask me for advice on which compani
Read more

Romance scam letter(s) from Christopher Fergie to Vicki (Canada)
Hello Vicki,
this is Chris from Badoo,
I'm sending you this short message to know if you would get it or not.
Do lemme know if you do.
Thanks for your time
Chris

How has your day been,I just thought of dropping you a few lines.Well more about me I was born and raised in the State, I'm a New Jersey boy.We never say never.I just relocated about 4months ago cause of my work, never been here before and i have come to stay.You sound pretty nice and i'm happy that we both met, i can assure you that you will never regret ever meeting me on here. You are beautiful inside and outside of you.
I'm into sales and importation of sculptures like i told you and have been into this for years now.
I will send you some pictures of them. It has been a sort of exposure for me.
I get to know more about other cultures and their way of life.I'm a loving and caring man.
I can be very simple and will do anything for my loved ones as well
Read more

Romance scam letter(s) from Christopher Fergie to Grace (Canada)
Hello Grace,
I'm writing you this short message so as to know if you would get it or not..Do lemme know if you do.I will be looking forward to read from you again..Thanks
Chris

Hello Grace,
How are you today?I hope your day has been great. Thanks once again for the Email.Am new to this and most of the ladies I read from on Personals are not what I want you sound nice and i would like to use this opportunity to know more about you.Well more about me I am 40yrs of age,and i have a son who lives with my mom for now in New Jersey.He is 3yrs old and very charming..His mom is late now,she died few hours after she gave birth to him.That is a sad part in my life which i don't like to talk about.
I am into the Sales and importation of art Sculptures , beeds and sometime gold, etc...I`m 6ft tall with an athletic build , mentally stable, physically fit, a bunch of laughs, warm, caring, honest, good listening, God Fearing, and a positive person.I am re
Read more