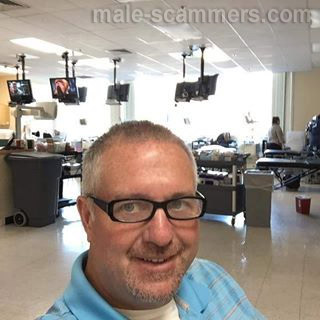 REPORT N1 (added on February, 27, 2018)
Eloha (USA)
Scammer.
REPORT N2 (added on May, 22, 2018)
Gina (USA)
Scammer who wanted to meet me on Tagged.
REPORT N3 (added on January, 31, 2019)
Sarah (USA)
David Mario, age 49, is from Orlando, Florida, and has a son, William,14, in Windermere Preparatory Academy in Orlando. David lost his wife a few years ago. He lost his parents when he was 28. He claims to be a supervisor of an off-shore oil rig. He later said that the company is contracted through the United Nations.
David and I began talking while he was on an oil rig out from Abu Dhabi, United Arab Emirates. The UN office is in Dubai. David explained that he wanted to send me a package containing $540,000, which was his salary at $18,000 a month for 2 years, 30 months. I would have to declare that amount on my income tax and get a form from the IRS, and there would be fees at both ends of the transaction. I refused to accept the money for him. His next suggestion was for me to apply for his vacation. I did, and the rates for two weeks, one month, and two months ranged from $5,700 to $9,700. I told him that he had the cash with him, and he could pay the UN when they came to get him for his vacation. He was drawing plans for another rig to be built in the Indian Ocean, which would be another project. He said he would be home before going to that location. As it turned out, he went to the site in the Indian Ocean and left his cash on the first rig in the Persian Gulf. He finally told me to go pay the fee for the vacation. I don't think so.
REPORT N4 (added on August, 17, 2019)
Dobby (USA)
Kevin Michael
@KevinMi75899526
+17203365360
joyJennifer78947@gmail.com
kevinmichael548@gmail.com
Kevin Michael is from New York City and is 52 years old. He is single and lives with his daughter, Mary, 15. He lost his wife in a motor accident three years ago. He manages a Toyota company. He wanted me to talk to his daughter. She sent me an email. Her name is Joy Jennifer, and she's in a boarding school in Miami, Florida. I asked her where Miami is, and she said "Miami is in California." Kevin told me his daughter's name is Mary, age 15, yet Joy Jennifer, age 15, showed up as his daughter. Mary is now his brother's wife, and she said her uncle's wife, which would be right for that mistake. So why did he tell me she is his daughter? The little scammer cannot keep his stories straight. He, too, thinks Miami is in California. (The burg in California, named after Miami, Ohio, had a post office during the Civil War era but no longer exists.) Now he wants to vacation in the USA, and he has a box to be sent to me. Then he said he had a project in Canada, and he rented a hotel at Island Hotel "over there" in Canada because his project starts tomorrow. He didn't know how to return to the conversation about the box, so he told me his boss said we needed to buy a house. I filled him in on some of his details, and he said I would have to contact his company. I had to explain that he would have to authorize the company first, and then they would contact me for shipping information. I have rocks in my front yard that have more sense. They know to get out of the way of the lawnmower! He mentioned documents, and I will send them in if I get any, with the report number. And, oh, yes, he loves me, and he most certainly is a male romance scammer. I just found him in male-scammers.com as David Mario, who was the subject of one of my earlier reports. I thought he looked familiar.