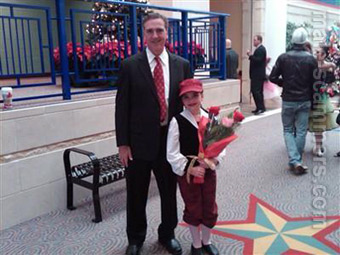 REPORT N1 (added on December, 17, 2012)
Marva (USA)
Met on match. States that he is a widower raising a 14 yr old child. He is a civil engineer working as an independent contractor. He travels in the states as well as in foreign countries. He stated that he hate liars, cheaters, and self centered people or people who feel that are superior to others. So he was charming, easy to chat with, intelligent, finacially secure and family oriented, very much cared for his daughter. I corresponded with him while he was in Greesboro, NC but our situation ended up in Madrid, Spain after he said he had bidded on a contract and received the job. I really thought that I had met a true match. We chatted everyday. Once he left for Spain, he gave me his international phone numbers. One that was his and the other belonged to his daughter. To set the stage. He had im me and stated that he lost his wallet in a cab that he had ridden to his job site. He said that all of his credit cards , money , and important papers were in the wallet. He called his bank in the US to cancell his cards. That was the end of that until a day or two later he calls me on the phone pretending to be very distraught, and upset. His daughter had a swimming accident. She needed an emergency surgery but the doctor would not do it unless he could put a certain amount of money up front. This is where I came in. He asked to borrow $5800.I told him that I didn't know him that well much less seen him to lend him that amount of money. I suggested that he call his golfing friends in Greesboro, NC because he said he golfed at the Greensboro Irving country Club. He said no to that. Since he had no other family, and after begging me and playing on my pitty for the sake of his child, I gave in and lend him 2 grand. My personnal banker advised me not to send money to this man. He promised to repay the money as soon as he came back to the states. I was warned by a couple of institutions not to give money to this person. I tried sending the transfer through money gram. Steven im me and said that Money Gram will not release the money to him. I call the 800 number and they asked me questions liks: Do you know this man personally? Is he a family member? Have you ever seemn him before? Did he tell you that there have been an accident? There is a lot of scamming here in Madrid. They will not release any money to Steven James. They spoke as if they knew this man or as if there were other situations relating to this man. They said even though it was my money they would not release the money. They gave me a comfirmation number for me to go back to Walmart and I will get all of my money back. Thats what I did. These people were waiting for me to call them. I im Mr. James and he was upset with Money Gram and I confronted him about money grams accuations. He convinced me that he wasn't a scammer and he didn't know why money gram would say such about him. I wanted to give him the benefit of a doubt.He was worried about his daughter. He asked me to seen it through western union.There was no problem with WU. He emailed and said he received it. A couple of days later he im me about a nother medical issue and he needed more money. This is when I came to my senses and realized this man is a scammer. He wanted $9800. His daughter needed a cast on her foot. I told him no more. For that kind of money she ought to get a biotic foot. That cast should have been included in that first surgery, I will not give him another brown penny. He begans to tell me that I,m wicked and heartless. I'm the one that gave him , a stranger money. This man has a big appetite for womens money and he needs to be stopped.

Just to let you know is a very happy day for me , because i got the contract that i bid for with you by my side this past week have been one of the best and happest moment for me since i lost my wife, I have to travel to spain for 2 weeks to carry out this contract , and am so happy i got it.

I am at work trying to read stuff's Online about spain and also make calls and see what the deal is.

I will certainly call you today so we can talk, Just wanted to share the news and happiness with you.

Have a wonderful day ahead.

Stephen cares about you

What is happening, I tried to call you this morning but you didn't answer my call, i wanted to let you know that i will be leaving for Spain tonight, I hope you had a lovely night? please call me and let me know you are okay.

I missed hearing your voice and talking to you as well.

Lots of hugs and kisses.