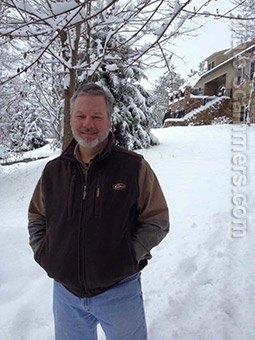 REPORT N1 (added on February, 6, 2018)
Valerie (USA)
This man contacted me by sending an invitation to play Words with Friends and immediately started sending me messages through the game. Never actually played the game and quickly asked to chat through Facebook Messenger. Claimed he was from England but currently working on oil rig in the waters off of Scotland. Said he was a widower and that his wife had drowned at a picnic two years ago. Sent me a copy of his supposed contract for 10.8 millions dollars. Within a couple of weeks he started telling me he had fallen in love with me and was coming to the states to be with me when his contract ended in November. Called me using Facebook.twice ...has a strong Russian accent. Does not speak English very well, Written communication is poor grammar and repetitive. Explained his accent by saying his father sent him to live in Russia from infancy to age 15. Starting promising he was going to take care of me, pay off my house, buy me a car etc etc. November came and suddenly still had some work to finish and had to stay until end of month...then the request for money started. Dropped a machine in the ocean and needed to replace it, couldn't finish the job without it...it cost 50,000 and he only had 30,000.. wanted to know why I couldn't take a loan against my house or retirement account. Needed to borrow 20,000 from me so he could finish and come home to me. Got angry and extremely pushy when I said no. Little while later he then had good news for me...only needed 10,000 now...I still said no and now he told me he only needed the money for 8 days and he would pay me back 100,000 when he finished the job. When that didn't work he is now asking for a 1,000 dollar ITunes card. The second Facebook call was spent pushing for me to send him the money so we could be together..shortly after he sent me a picture of his passport to prove he was legitimate. The odd thing about it is he claims his name is Collins Eden Lowe, but passport says surname is Collins and given name was Lowe...no mention of middle name. Also, shortly after the first Facebook call took place I had a missed call from someone named Aarron Logan Brice but the picture was the one of Collins Lowe. I didn't say anything about it to him for a couple of weeks....he claimed that his Facebook account had been hacked.