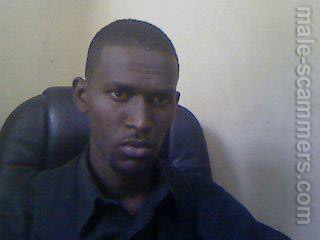 REPORT N1 (added on December, 8, 2012)
Fred (France)
Plays with the feelings of women.
Want to have a visa for USA, Canada or Europe.
He hates women. abused them psychologically!
Works together with many others Like: Evens Joseph form Haiti,
Fenrick Gay, Nikerson Gay, Maclaire Gay, Frenel Gay, from Port-Au-Prince, Ouest, Haiti
They al work from a cybercafe in Port au Prince.
REPORT N2 (added on May, 29, 2013)
Laura (USA)
Maxo Lombard is to find on much dating sites like Badoo He uses Facebook, Skype, Yahoo messenger to contact his victims.
Between my Facebook friends, I found Nikerson Gay and Evens Joseph.
Brice Marise is also a mutual friend.
He has asked for a Christmas Gift.
A digital camara! Especially an expensive camera!
I barely know him.
Now I understand his game.
His girl friends may now read all his dirty messages.
REPORT N3 (added on August, 13, 2013)
Darline (USA)
Maxo Lombard has presented me a business marriage.
I know him only recently through the dating site Badoo.
This is illegal.
I reported him to Homeland Security.
REPORT N4 (added on February, 21, 2014)
Jeanette (France)
I met Maxi Lombard through my daughters on Facebook.
Through my children Maxo Lombard, has together with Nikerson Gay investigated the family situation.
By a double mastectomy, I felt depressed.
I fell in love with the huge underwhelms of Maxo Lombard.
From March 2011 until February 14, 2014 I have had a relationship with Maxo Lombard.
A one-sided relationship, because it turns out that he only played his game all the time for money and a visa for France.
He always asked money for clothes, visas, travel, etc.
He forced off the money by breaking the contacts or terminate the relationship.
I have at least 20 times transferred money to Maxo Lombard. The air travel, car expenses, trips, hotels and accommodation are more than 20,000 U.S. dollars.
I've lost all my savings on this scammer.
The final payment of 295 U.S. dollars for his visa and travel and his passport is supposedly stolen. This is to let me deposit money again. He was never intended to travel to me.
Maxo lombard and his friends are masters at manipulating and charming.
By charming and manipulating by chat and webcam he talked me out of my clothes.
My daughter told me : Nikerson Gay has showed his genitals by chat to my daughter, she was at that time 14 years old.
I fear that my daughter was not the only young person where Maxo Lombard and his friends have had contact with.

Romance scam letter(s) from Maxo Lombard to Jeanette (France)
Hi Jeanette
I hope you are well.
how to say thank you for this message, which makes me understand life better. I will always be respectful to you despite all the words you just said. I accept. and I finally understand the reality and hides your face. I just know. you remember the day we first met, it was after I had the American Embassy. you really wanted to see me and tell me so many things before on your ex-husband. for ten years, you did not want. I am writing to you not to see your thinking and now I really see everything that was in your thought.