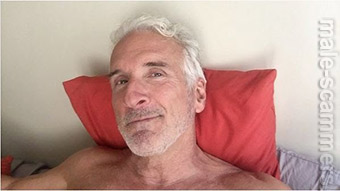 Romance scam letter(s) from Alex Menno to Margaret (USA)
My dearest Maggie,
You would agree, we are corresponding to know each other better? I will share with you in this letter, which I am; I will give you a chance to know me, without even having met me in person. I know that relationships are developed, we must meet, spend time together to know for sure. I think it is important that you know me, and I share with you who I am, even through my letters. Take special care to read my letter.
Go somewhere still and quiet, so you can be alone with me, give me this special time with you, with no distractions. Read my letter with your heart, and you will hear my voice, you will hear my heart beating, you will feel my gentleness, my care, my passion, my emotion, my laughter, my joy, my positive energy.

Maggie, before i went to bed yesterday I was so thrilled that I met you and was thinking about it to sleep. I am new to the church here and the pastor gave me a chance to Minister because of what he explained as "filled with G
Read more

Romance scam letter(s) from Alex Menno to Mary (USA)
How are you doing today? I am really sorry for my late reply. You sound like a very Interesting person to know. I am not here for games or to play with your heart hence I believe am way too old for that. I believe is high time I found a soul mate and that is why am here. It will be my pleasure to tell you more about myself. Let me start by telling you some basic but important things about me. I am currently on my way to Dubai, U.A.E for a business Trip. Due to this business trip it would not be possible for us to have a physical meeting within the next 2 weeks. Exchanging emails would be the best way for us to know ourselves better. My job is a long story, simply put, I am a Private Contractor in the Building Construction Industry and a Certified Architect. Explaining the details of what I do would have to be in another email. I used to smoke but I quit 2 years ago. I drink occasionally though.

I seek for a complete honest woman, who will come home to me, love m
Read more