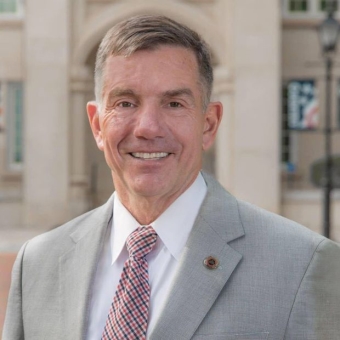 REPORT N1 (added on November, 29, 2012)
Monika (Poland)
Finances scam, dating scams. I received several chatt on skype from someone purporting to be Lt. Gen. William B. Caldwell (carrently in Kabul Afghanistan) that guy purporting to be him has been spreading himself about all over social media looking for [stupid] women who will be wooed online by him, fall for his charms (I think he may well propose marriage at some point) and eventually agree to accept a "package" Of course he needs to know all one's personal financial details in order to do this. Seems he is based in Africa, like all the rest of his ilk.
REPORT N2 (added on April, 30, 2014)
Nadia (Croatia)
We are in contact at this moment, he is fishing for information about me, telling me how he wants to visit and that I am the woman he is looking for. He pretends to be a general with many achievments in the army. We started comunicating on skype, now we shifted to yahoo messenger on his request. Since I know he is a scammer I am playing with him.
REPORT N3 (added on January, 27, 2020)
Dobby (USA)
This dude is a real joke. His bio says he's president of the Georgia Military Academy, Columbus, Georgia, and he starts the the conversation by saying he saw my tweet and decided to say Hi. He said his name is David and he's from California. I got a screenshot of that quickly! He asked a lot of questions, and then he said this to me: "You are a brave and a strong woman, and women like you are not easy to come across, I am still married, but it's just a pretending marriage, because I had to keep my family safe and not get into public affairs, my wife was a good woman, still a good woman, but she was been disrespectful after we had our last child, she changed, and I guess because it's because I was sent to Afghanistan, but I really admire her strength all this years of us been together, but she's just a green snake under the green grass, but I am still with her because of the children." First he is William B. Caldwell, IV; then he is David from California; and finally he has been sent to Afghanistan. He has a friend with a business flier that \he wants to share with me. It's about gold, diamonds, oil, and gas. But then he goes into how he is trying to hide money from his wife because of his upcoming divorce. He asked me which banks I use. I have two. He wanted to know the credit limit for each of them. He wanted me to set up online access to both my checking accounts and give him the access to them. I don't fall off turnip trucks. I asked him for the online access to his account so I can withdraw the $2 mil for each of my two accounts. He's still sitting there with his jaw dropped open.

Romance scam letter(s) from William Caldwell to Nadia (Croatia)
Once upon a time a little twinkly star
Crept up to the sleeping moon,
He teased him and he tickled so
To wake him very soon.

But, do you think that he would stir
Oh no, he would not budge
For moon can never rise to shine
Until he gets the nudge.

The golden sun just when he knows
Is the one to give the moon a wink,
Now it is your turn to gleam
For my ruling power is fixed.

It's your turn to reflect my light
While my sovereignty is afar,
Go glow, be Prince of night below
Shine forth the beauty that you are.

Good night to you,
good night my twinkly little star