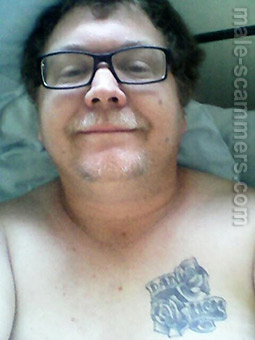 REPORT N1 (added on November, 7, 2017)
Bobbi (USA)
Told me he love right away. Asked for 5,000 dollars for his health care or he would die. Told me his wife divorced him years ago. Then he got demanding to me when I told him no. I blocked him.
REPORT N2 (added on April, 10, 2018)
Tina (USA)
Typical scammer. Told me he was moving west. Then there was an issue with his airline ticket and could not come. And he was very sad and shaking in his shoes. I didn't fall for that lie so I blocked him.
REPORT N3 (added on July, 29, 2018)
Mary (USA)
Typical male scammer
Asks for money after few days of talking to you Says he loves you after few hours of talking to you.
REPORT N4 (added on August, 27, 2021)
Bobbi (USA)
Asks for money. Gets a new number every time I block it. Says he is stranded in Maryland coming from Nigeria. Again blocked this new number.
REPORT N5 (added on December, 8, 2021)
Angie (USA)
Says he is from Australia but then changes it to France. Says his mom died when he was ten years old and his dad died in a car accident in Nigeria while he and his dad was going to the airport to fly to New York. He says his daughter is in Indiana and his son is in Texas. He starts by talking to you about sports the weather and work. He then says he loves you after a few weeks. Says he is going to Sweden for a few months and will be home I said okay. While in Sweden he said he was robbed if his phone which is a lie because he texts me from his phone when I called him on it he said he can use his computer to text. I didn't believe him. The next day he said his computer was stolen and bought a cheap phone. I still didn't believe him. Then the real truth he asked if I could send him 2,000.00 for his rent. I told him I thought your work was paying of the trip. He again lied and said only for food. He said he needed to pay for hotel bill. I again told him no. A few days later he begged for the money plus another 5,000.00 because he became sick with pneumonia. I told him no he begged for it I said no. Again a few days later he said he was robbed of his computer and phone. I didn't answer and didn't send money to him. I blocked him ge is a bad man. Ladies be careful of him.