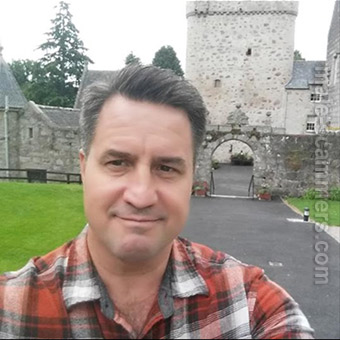 REPORT N1 (added on November, 6, 2017)
Helen (Austria)
I pay this man 4 time leave sirya. i lost too mach just want u to shere his profili to no one more women be hurt like i do.
REPORT N2 (added on November, 9, 2017)
Sandra (Poland)
I pay him. have payments on paper,western union .hi contact me on g+ .i lost money for his trip from ragga in syira,to leave military camp .im depressed no money i try to raport him in my contry but police say its hard to find him and mony cant be returnd .so i learn how they use me schamers on google + .so never trust enbody on this site.
REPORT N3 (added on September, 3, 2018)
Mia (USA)
This man was pretty dangerous. I first met him on Facebook when he sent me a friend request. He seemed pretty convincing. We started talking on hangouts and two months of chatting ended in an abrupt halt. He was a perpetrator who knew how to do sexploitation. I didn't give him any money but he threatened to send naked pictures of me to my hubby and on social media if I didn't help him. Helping him meant spending $5300 in shipping costs to get his box containing $1.8 million dollars. I explained to him that I didn't have that kind of money. He went on asking me to ask my friends which I knew they didn't have that kind of money either. When I refused he was furious. He tried to send naked pics to my husband. Luckily I got to it before he saw it. Yes, I did take naked pics of myself and sent it. I will not do that again. Anyways, I had gotten help in getting those pics deleted. He is now out of the pic. BEWARE OF THIS MAN!
REPORT N4 (added on September, 12, 2018)
Mil (USA)
James Connor First contacted me through Facebook. On his facebook page, his name was Peter James Connor. We started talking on May 30 and our conversation ended on July 4th. It was at this time that He was offering me money and I rejected him. Through our conversation through hangouts he wanted me to have 1.8 million dollars and said he wanted to ship it to me. He said that he and his soldiers recovered this from a rebel camp and that this was his share. He wanted to surprise me with it. This part of the text made me feel uncomfortable. I gave him two email addresses and the paperwork that I was suppose to have filled out had signs of phishing activity. I pointed this out to him and he made me out to be a liar. So I blocked him. Now he's reappeared on Facebook sent me a friend request and messaged me with calling me wicked by blocking him and he's also seeking revenge. He said he wants to pay me back for what I did to him.
REPORT N5 (added on November, 4, 2021)
Bente (Sweden)
He called him self a General after we were in love, he asked me to pay 7200 euro to The UN for his releasepapers thats when i knew it was a fake.

Romance scam letter(s) from Martin Connor to Mil (USA)
Now i see your mind id made up, i think it's now my turn to also deal with you, let me start by sending some of your photos to all your friends on facebook, including your husband Vince, he would be happy to see his darling wife Nude pictures on media. i have already made arrangement with the media, sending some now to Katie and Theresa, since you have the mind to dump and even block me then i must also do this.