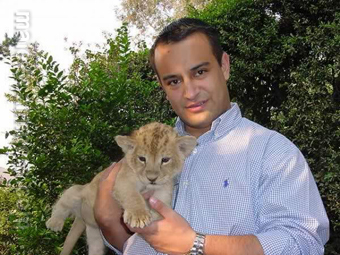 REPORT N1 (added on September, 20, 2012)
Cathy (USA)
He contacted me through my facebook messaging after finding my picture through some one you may know,told me he was from Cincinnati, Ohio. Said he got his master degree in Australia for Petroleum Engineer and he used to work for gas USA and Chevron, he retired 3 years ago, now he is back in the states and he is starting his own Engineering Firm that deals with petroleum off shore. He said his mother is Mexican and his dad is Texan, his dad is deceased, he is an only child. I talked to him on the phone he has a heavily accent,I ask him why he had a accent, he said he was born in the UK but was raised in Texas, but his accent was not English. His phone number he gave me was a Middletown Ohio I did reverse lookup, he said he lived in Fort Mitchell but spelled it wrong, I ask him about the weather he said it was warm and sunny when it was raining and cloudy, he ask me what I was going to do for the rest of the day, but the time was 9:30 pm. He also wanted me to sign up for yahoo messaging and give him my email and my phone number,I didn't do anything like that. I think he is fake. I don't think that is his real picture on Facebook. Thanks.