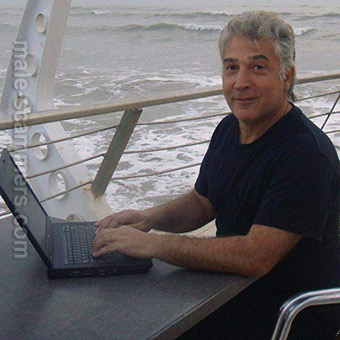 REPORT N1 (added on May, 30, 2017)
Leigh (USA)
He contacted me on Zoosk, and immediately said he was in love with me. Says he is a captain in the Greek Isles. His son in boarding school in London. Then told me his son fell down the stairs and broke his leg with bone sticking out, in severe pain. Told me since he's off shore, he has no access to his bank account. He needed me to send $25,000 to his Dr or they would not treat his son or give him anything for pain! When I told him no, I'm an RN and children are ALWAYS treated in an emergency! He told me then it was ok, then a day later asked again as well as the day after that. I told him i would NEVER send that kiind of money to someone i never met! He became VERY NASTY to me and said very caustic and hateful things, telling me I'm no nurse but instead just a heartless, money hungry bitch that wants to see kids suffer! I then blocked him! He then just happened to start talking to a friend of mine on Facebook as Frank Erickson, with the exact same pictures! Requested money from her for something else. We both reported him to FB.