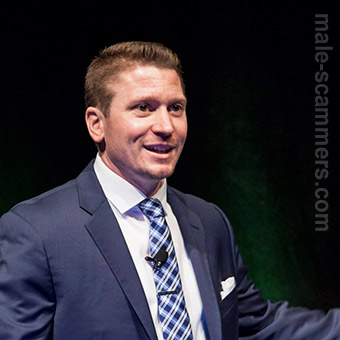 REPORT N1 (added on May, 26, 2017)
Lotte (Denmark)
Contacted med on FB. Wanted afterwords to write on messenger, but quickly wanted to use mail. He said he was a widowed man with 2 children, ingeneer working in london (lived in Whetstone), in a one man company. Called me one time on skype, but didn''t get to se his face. Later he wrote he was going on a trip to greece and later Russia for bying oil drums. He then wrote me that the ship had an accident and they were afraid of russian pirates to attack. Hen wanted to send diamonds to me. Was very insisting on that. Sended me this Link, to trace the packet, and the documents i send to. I could see it was a fraud. I later confronted him, and he went on and on how stupid I was thinking that. I contacted Facebook to for his profile. They shut it down. Yesterday I found him on Linkdin under the name James M Lawson, and i afterwords found him on FB. This to has now been shut down.
The link he used:
This is the Tracking Number: TK028832DE
This is the company Website : http://www.difdiplomatic.com/ID
REPORT N2 (added on November, 1, 2017)
Niina (Finland)
We got at match on Tinder and started to write to eachother. Pretty soon he wanted to start writing e-mails. We had contact by e-mails and also talked on phone several times. He was born in Galway/ Scotland but lived in London. He was a widdow with two sons 6 and 8 years old. He was an engineer and had a one man company,workng in metal industry.
He went for a business trip to Greece where he rented a ship to sail to Russia with and there he was suppose to buy metal oil drums and then deliver them to Mecixo with the ship. The ship got problems with the engine and they were afraid of pirate attack and he wanted to send to me his briefcase with important documents and diamonds. He contacted a Turkish delivery firma to deliver the briefcase to me. The delivery guys got problems with the custom in Turkey and they wanted me to pay to get a certificate for the diamonds so they could deliver the briefcase. Well I found him on this male-scammer page but It was a bit too late, he got me convinced to help him and borrow some money and I helped him....