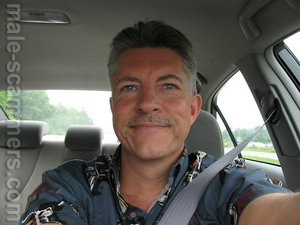 REPORT N1 (added on March, 20, 2017)
Eloha (USA)
Fake Native American - image stolen.
REPORT N2 (added on November, 16, 2018)
Annika (Sweden)
Received via Messenger on the fommerummer. Said he lived in England. Further to Istanbul where he was sent on a job oil platform. Accident could not pay the hospital any desired money after a while money for home transport from Istanbul to England. Then there came one after another strange mail from him. Last time, he was on a ship that was in Sweden. Contacted the police but there was no ship here. I told him, it's been quiet now. All pages he has taken are removed.
REPORT N3 (added on June, 12, 2019)
Soile (Finland)
Finds his preys on Tinder, communicates on Viber. Tells to be British, a widow with late Finnish wife one daughter Ashley. Says to be living in Helsinki Finland, works in oil business in Norway. Asks for money because had a serious accident in platform at sea, sends terrible pictures for proof.
Has 120 followers on Instagram mcgallreginald, mostly women.
Really charming and appears to be open and honest.

Romance scam letter(s) from George Williams to Soile (Finland)
Hello my queen Are you here?
I really need to talk to you and its really urgent I had a terrible accident yesterday evening at the platform that almost got me killed Right now am going through so much pains trying to write you this message Today had to be among the worse day ever since I was born and doing this Job as an Independent drilling Engineer
I left for the work site yesterday morning not knowing we had a lot of open lines of gas and some linkage of petrol fuel and they were not able to close all the flow lines getting there in this morning we decided to begin working we didn’t work so far before the work site explode and cause a lot of damages I have only covered 960% of my job here and still have to drill 4% more of crude oil I don't want you to feel that i'm seriously injured I'm just so lucky that's I wasn't so close to the machine when this happened the explosion was so heavy and killed two of my workers but one of them among the three workers assist
Read more