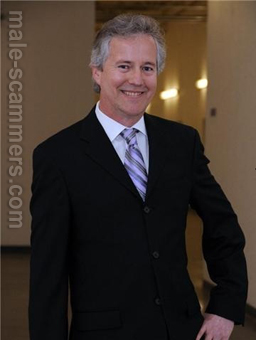 REPORT N1 (added on May, 3, 2012)
Donna (USA)
The person who has been emailing and chatting with me for the past few months fits all the criteria I see for a spammer. I had started to post on a dating website, but didn't follow through with it. I heard from Bill saying he got my name from the website. I still don't know how he got my email address. I told him I was just interested in friends, companions, pen pals, etc., but within a very short period of time, he kept saying I love you, etc. He changed his story as we talked saying at first that he was an architect then that he was an engineer. I wondered about his constant travels, but shrugged it off. All sorts of flags went up though when he talked me into giving him my personal home address because he was overseas and wanted to send a gift to me. I never got any gift from him, but now he had my address. When I tried to get his personal address or phone number from him, he would say that he would send it to me... then never did. The next big flag was when he said he had to go to Ghana but needed me to send him money to pay for his hotel bill. If his business sent him there, his busines should be taking care of everything. I did not send him any money. Now he mostly just asks for money for airtime for his phone and internet. I still have not sent him any money. The only thing that caught me off guard was that we did commnicate one time by webcam. The person in the webcam did look very similar to the photos. However, when I ran the photos through a search engine and found the link above, I know that my suspicions were correct. Fortunately, all I have lost is time and a bit of dignity. However, I suspect that he has conned others.
REPORT N2 (added on August, 29, 2012)
Brenda (USA)
Another Scammer.
REPORT N3 (added on August, 15, 2013)
Arlene (Netherlands)
Allan Gibson Watts (“Gibby”) contacted me via Skype. We talked via Skype. Unfortunately he was not able to access this anymore. I believe someone reported him. He contacted me via my business email (saw it on my Facebook) I gave him my private email. I requested that he contacted me via Facebook to chat.
I couldn’t make a copy of the text on Skype, because he couldn’t get on Skype anymore.
The only thing I know from the Skype chat was: that he worked offshore nearby Norway and later on he changed it in Scotland.
He has a daughter Mary. She is in a boarding school in Ghana for 4,5 year, because he is working offshore. She goes to her grandmother in vacation time.
He lost his wife a view years ago.
After almost two weeks of chatting he asked me via gmail for help (see mail)
Is about the son of my late friend and business partner he is from south Africa and was into a wide investment of Gold and cocoa he died some years back and I was told how his family rip off ,his young son of everything he has back in South Africa, just recent I have just been contacted by my late friend son his name is David he is right now in Ghana trying to receive some deposit his late father made in West Africa and right now he is having some problems and this is a matter that has to be kept private so that no one from his family should find out of this new development.
Is not possible for him trying to get the funds from the bank as they told him that there is no way he could withdraw the funds there in Ghana as the funds was put on express transfer to leave West Africa, Ghana so there is no way it can be possible to withdraw the funds there in Ghana because of the contract in wise the deposit was made,so he was advice at the Bank that he should present somebody outside Ghana to help him receive the funds Arlene right now I fill I can actually trust you with this, I want you to help him contact the bank as right now I am not in a position to do that.
I don't know if I can trust you with such, I believe you would never do anything to hurt me so I was thinking if you would help me receive the funds on master David behalf. Arlene if you accept to help me I can send you the necessary information you would need to contact the bank.

Regards
REPORT N4 (added on December, 17, 2013)
Diana (USA)
This person initiate contact w/ me at metrodate and then we went to chat in yahoo. We corresponded for about two days. There were no strange events , however once we started speaking on the phone he had tel numbers in the states but you can tell that the connection was over the internet. He used one the 740 area code for texting. He had a very strong european accent. Did not get anywhere. However, looking a the chats in yahoo he might also be another person that contacted me under Bentley williams. Which I will also report.
REPORT N5 (added on December, 22, 2014)
Kamile (USA)
First he wanted to go to Yahoo Messenger, said he was in Kabul Afghanistan, then after talking a few weeks, he said it was his birthday and asked for a phone because he dropped his on patrol. Then later he asked for my Bank account so he could send me money to ship his stuff to my address wanting my account, ss number, pin, online log on. Said he was retiring. I called him on it.
REPORT N6 (added on January, 13, 2017)
Elizabeth (Philippines)
I met this guy name michael nicholas in a dating site kismia. he shows interest by sending his personal e mail to for continous communication. He said hes a widow without kids and his wife pass away thru accident. he continously communicate with me for a week by sending love letters and his picture. He tells me that hes a surgeon doctor presently in afghanistan but after a week hes trying to ask favor even from the start i dont believe him hes so good to be true saying he wants to maary me and put business togethet in my country. He dont want to chat with me cam to cam for security reasons.
REPORT N7 (added on January, 24, 2018)
Laura (USA)
I met Blake on oasis a couple weeks ago. We then started chatting on hangouts and video chatting there. I did see the same person in the picture but I continued to check on the photos he sent and there was already a red flag. The photos showed up 17 times on scam sites. A second red flag was the email he sent me with a different name , Blake Williamson. He hasn't asked me for anything yet but I thought it was best to report him now. Photos and email will be sent. Thank you.
REPORT N8 (added on July, 29, 2019)
Dobby (USA)
Alan Gray is from Birmingham, Alabama, a widower of 6 years, and has a son, Wayne, age 14. Alan is currently on an oil rig in the North Sea, north of Germany. Wayne is in school in Berlin. When he completes his contract with the oil company in three months, he wants to relocate and start a business. And, all of a sudden, we were in love! He drinks hot tea, not coffee.
Uh-oh! His son is in the hospital. He was hit by a moving vehicle. The doctor, Dr. Mikey Joe, messaged me in Google Hangout that the boy has been hospitalized for 8 weeks, instead of the three weeks he'd told Alan. The doctor said that as soon as the hospital bill is paid, the boy can be released and return to school. He had suffered a broken leg. He hospital bill is $30,000. Alan either would not or could not produce a copy of the bill, the admission papers (to establish the date of admission), contact information for anyone at the school, or contact information for the hospital or doctor. He pleaded with me to send the hospital $30,000 but never gave the information for where to send it. I got tired of talking to him. He's a scammer, and a dumb one at that!
Between the time he and I first began talking, his Twitter account had been temporarily restricted. I copied and pasted proof of his scamming attempt from Google Hangout into the Twitter DM so that Twitter could see what he was up to. Then I reported the conversation to Twitter. I'm looking to see that account suspended, not just restricted.

Romance scam letter(s) from Kelvin Symonds to Kamile (USA)
Good Day Madam,
I am in persons of Christian "retired army" based in London and delivers packages around all the US Army camps in the world.I have been working on delivery of packages to the military camps for a long time now since my retirement.With my duty of work,I work with honesty,truth and good care.For packages,I deliver with safety and well taken care of till it reaches the final reciever.
I'm currently working on my new office here in Ghana as i arrived here a couple of days ago to deliver a package to Kofi Annan(Former UN Secretary General) peace keeping camp and also for a summit here in Ghana.I have been in Camp Phoenix ,Camp Eggers ,Camp Blackhorse etc, the military bases in Kabul several times delivering packages to the troops.I know Sgt. Derrick Heinrich very well, not sure how you got his contact but don't worry coz he already told me much about you and how dear you are to him.Troops there are not safe so that is why it takes us special training an
Read more

Thanks for honoring my invitation. I am pleased to get in touch with you. With all pleasure, I am writing you a little note about me. I am a fun loving man, I love nature and all the best it has to offer, such as: beholding the peacefulness of the ocean, the beauty of evergreen environment and the wonderfulness of the mountains. I have a great sense of humor. My desire is to meet a matured, sensitive, sensuous, warm, assertive woman who wants a partner, soul companion, lover for a meaningful, serious, long-term relationship.

I am Dr. Michael Nicholas, I am a single and responsible man seeking for a good woman like you to be my friend which can lead to a serious relationship. I am a doctor and I work with my government. I am was born and brought up in Japan. I am about to end my contract and retire within the next 3 weeks and willing to meet you. I am from California in the United States of America. I am a surgeon doctor from US
Read more

Romance scam letter(s) from Kelvin Symonds to Laura (USA)
Hi I am very glad to find you and I am looking forward to have a good conversation with you and get to know you more Beautiful....Blake Williamson is my name....You have a pretty face I can never stop seeing my dream...I hope to hear from you soon.