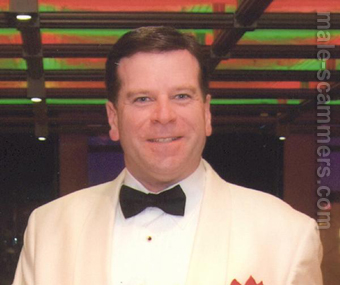 REPORT N1 (added on August, 29, 2012)
Brenda (USA)
Hello,
I met Kenneth Washington on the website MarryMeSugarDaddy. I felt fairly safe as his phone number was listed in the white pages with a picture of him and his address. We talked for about ten days when he claimed he had to go from Jacksonville, Florida to Bakersfield, California to bid on a 20 story building. He says he is a civil engineer. About 3 days into alleged Bakersfield trip, he claimed his wallet was stolen. Then he said the competition was very stiff and he needed some documents made to help him win the contract. I wired him $500 and he said that did the trick, he won the contract. Picture of contract attached. There is a Duke Realty and Construction at the address, but their logo is not the same. Then he said that he had to have materials on the job Monday (this is Friday) or he would lose the contract. He was in contact with a client who owed him money and I should contact their accountant for details about receiving the funds owed to him as he had no ID. Also claimed that his bank Wells Fargo would not release any funds until he returned home to deal with the security issues. Showed me on Yahoo a Wells Fargo Account with $210,000 in it which I did not save. I received Saturday a.m. an envelope with a check in it for $3,12.45. The envelope had a return address from Sullivan Trading Company in Elmira, New York, the check was from Simpluris in Santa Ana, California. I deposited this check into my account. Tuesday when the funds were available, I wired money as per Kenneth's instructions. $1,300 each to his suppliers (he said they were twins) in New Jersey and the balance to him through Theresa Dorsey to pick up as he had no ID. Also she is supposed to be the lady who did the documents for him.
Kenneth also sent me a picture of a ring that he wanted to buy me as an engagement ring. Before he left for Bakersfield, it was planned that he would spend 2 weeks there and then come to see me before going home.
I filed a police report and gave them copies of e-mails, wire transfers and the envelopes the checks came in. About a week later I received a message from a detective who said they had no leads and it was a classic Nigerian scam.