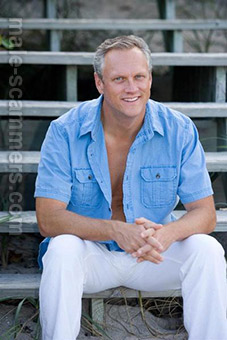 Romance scam letter(s) from Raymond James to Lisa (USA)
Good Day beauty? Now i am having an affair with my computer, I go to bed looking at it and wake to run to it,lol, how soon shall my love come take over? When i run to the pc and finally see your name on it, a big smile escapes my mouth and i feel yeah i have another chance to to build the dream life and yeah it seem started! There is no mission without a vision, so the dream here is what we have in common, maybe i should just tell you how a typical day in the dream life looks like for a picture here, .

I wake up to her fresh breathe on my neck, make her breakfast and bring to bed so i can get paid with a kiss early in the morning lol, we probably go in shower together, i would love to drop her at work myself , while i return to my home office, i would love her to distract me most of the time while i work, i can chase her round the house, in fact a good dip in the pool at midnight would be fun. But who says such life cant be anymore? it takes will and zeal above
Read more

Romance scam letter(s) from Raymond James to Mya (USA)
Let’s be honest, the first place we all start is with the pictures, and hopefully we’re interested enough to go on and read the profile. It pays to remember though that there’s a real person with a unique personality on the other side of the computer screen. While I like to think I stand out from the crowd, I’d prefer you discover that for yourself, but I do think I have a lot to offer the right person! I might be the guy for you if you are looking for someone who practices random acts of love and appreciation. I’m one who loves to touch and share terms of endearment with the woman special in my life. I love to laugh and make others laugh, but there is a sensitive side to me that has been known to tear up for a sad or touching movie. An extremely hard worker, I dedicate many hours to my career , but have plenty of time to devote to the right person. A healthy lifestyle is important to me, and I enjoy a variety of activities to stay fit and in shape. Non-judgmental,
Read more

Romance scam letter(s) from Raymond James to Sally (USA)
I'm searching near and far for you!! so please read on. If you like sunny soft sandy beaches, lakes, mountains, weekend get-aways, travel and laughing till it hurts, then keep reading!! My friends tell me that I'm smart, spontaneous, adventurous, spirited, very upbeat, fun, have a great sense of humor, interesting and I am easy / enjoyable to be around. Accomplished? Yes, but not boastful nor arrogant. I'm more like, totally thankful ! I take pride in staying in shape and have a lot of energy by exercising regularly. I appreciate a partner that also lives a healthy fit lifestyle. I've been Single over 14 years and my pictures are recent ! I'm often told that I look younger than I am and generally prefer to stay within the age range specified. My posted age is accurate ! Yes some of my photos are of me on solo vacation trips. Let's change the "solo" status!! I'm a person with good values that comes from awesome parents and grandparents. I have a fantastic career as a
Read more

Romance scam letter(s) from Raymond James to Julie (USA)
My darling, i was just released from jail today and i feel i need to let you know that i have just sorted myself out and will be flying to the United Kingdom to have my funds processed and you will be receiving your funds as soon as i'm paid.

I felt very hurt with your last email to me for you to think i took advantage of you is really sickening but that doesn't change how i feel about you.

Let me know where you will like your funds to be sent and i will do so as soon as i have the funds, for you to bring money up as a deciding factor in our relationship is not fair at all but i know My God will fight for me and you will soon see i meant you nothing but love and affection.

Loving you is that which keeps me going

It is heart calming to see your response, I really appreciate this communication and I will say it is a sign of will, and I tell you where there is a will there is success ahead. I have been made to know I do write and speak well in a way that gets to the mind, well, I think I simply try my best to express what I feel and I don’t edit what I say or hide my feelings no matter what the recipient feels as I believe nothing supersedes the truth. I must emphasize that I am not one of those who seek instant chemistry. That is where most people go astray, seeing someone in an instant and luring yourself to really believe there is something in you that immediately that which you can’t explain in someone, then I wonder how people defines infatuation or childish crush otherwise.

The essence of online dating was never intended for people because they lack the courage to interact with opposite sex physically, but because research sh
Read more