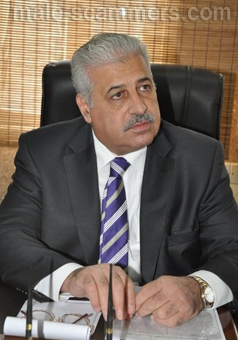 REPORT N1 (added on June, 29, 2012)
Jupiter (USA)
I have received a Contact Request from Eng.Benyamin Levi Carasso, and (stupid me) LOL I accepted him. The very first time we chatted was January 18th 2012, and he sent me his e-mail address and his first 2 photos and in return I sent him my e-mail address. He told me he is on Oil Engineer, he lives in Jerusalem Israel, and he has a 2 month contract with the Ghana Accra Oil Company, Tullow Oil and within the next few days he will travel to Berlin Germany, than to Ghana Accra to work there. I have 93 e-mails between him and I - 6 photos of the same man, plus a lot of other things he sent me on Skype and into my e-mail address, and all the conversation from Skype from beginning to end, I can supply this to you if you need it. He was supposedly robbed on the beginning in February, the 4 robbers have taken away his $ 5.000 cash and his Master Card and Visa credit card, and his Cell phone: 233272095378. After this incident he also had some kind of machine brake down in the ocean where they bring up the oil, and he told me, it will cost him a lot of money, he has to send the machine back to Germany to be repaired and wanted me to send him ONLY 60,000 - 70,000 Euro, I told him I do not have any money at all, I am a very poor person, and to ask from his daughter, who is still in Israel. After that he e-mailed me, and asked me to get a $ 10,000 loan or open a checking account for him, I went to the site he told me to go, put in false information to try to open, so they will turn me down. When they send me the e-mail that I cannot open the checking account, I copied and paste it and e-mailed it to him. After that he wanted me to open a Master Card or Visa Card for him with my bank. I did not even try to get it, I felt it was a scam. But in February I sent him a scarf I have knitted in a package and (stupid me again) put my address on it, so I decided to tell him that I am moving to Hungary to take care of my brother, who is very sick in the hospital, and I have to give up my house I was renting, so he won't look for me, and know my address. I also sent him $ 100 in a envelope as a registered mail, I have the receit, he told me he never got the package or the registered mail, maybe he wanted me to send him more money, I think he got both of them, he is lying about it. As of today, he still thinks I am in Hungary, I wanted him to l leave me alone, so I made up a story, that I had a heart attack in Hungary and was on a critical list, and supposedly died, and they had to shock me back to life. I told him now I am in a private Sanatorium in Budapest. The strange thing is, that I gave him my Magic Jack telephone number, and told him I cannot call him, but he can call me, but he has to leave me the call back number where he is calling me from, since I cannot see the number who is calling me, but Yes I can see all the numbers on my Magic Jack who is calling me, I just told him that, to see what telephone number he is going to call me from. And guess what, he is calling me from the same cellphone 233272095378, that was suppose to be stolen by the 4 robbers. He gave me the 233571502492 telephone number as his new cellphone, but it is a land line, since I have on account to call Ghana with Skype and it shows me that it is a land line, the other number 233546768138 is supposedly his drivers Emmanuel Blays cellphone number, but this is a land line phone number too. The 233266696687 is also a land line phone number, he does not put all the phone numbers, he somehow blocks the numbers, just part of it to the Magic Jack calls, but as soon as I put in some numbers into the Skype site, it tells me that it is from Ghana, so I know it is him. He has 4 Skype name.
His Skype names are:
# 1 benyamin.levi.carasso
# 2 eng.benyamin.levi
# 3 eng.benyamin.levi.carasso (this is the one I used to chat with him)
# 4 eng.benyamin.levi.carasso1
As of April 1 he has not been up on this Skype site eng.benyamin.levi.carasso.
He sent me all of the e-mails we have sent to each other, since I told him I don't have them, I left them back in the United States, so he forwarded all of them to me, he told me to read them and I will know how much he loves me.
I also checked out the IP addresses on all of his e-mails, and every single one of them has 5-6 IP address on it, and it suppose to have ONLY ONE IP address per e-mail.

How are you doing today over there, I just came back from my office and I has very busy day as I was on meeting throughout the day but somehow feel weak but I will sleep and wake up later in the night. I do not know how to express the conflicting emotions that have surged like a storm through my heart all day. I only know that first and foremost in all my thoughts has been the glorious confirmation you gave me last night - without effort, unconsciously, of course - of all I have ever thought of your mind and heart.

You have the greatest soul, the noblest nature, the sweetest, most loving heart I have ever known, and my love and admiration for you have increased so much since we’ve known each other that it still amazes me. You are more wonderful and lovely in my eyes than you ever were; and my pride and joy and gratitude that you should love me with such a perfect love are beyond all expression.

I really wish that you were near me. I wish that
Read more