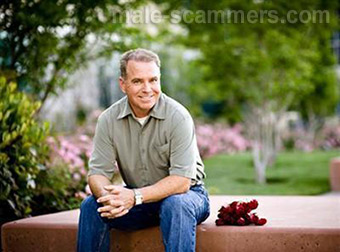 REPORT N1 (added on November, 24, 2016)
Maggie (Australia)
Roger said that he was working on repairing on oil rig in Cape Town South Africa for the Department of Energy at that it was an 11.5M project and that he had 300 people working for him; 30 expats and 270 local workers. He said that he had worked in Melbourne Australia for BP and lived in Altona for 2 years, before going to South Africa but he would be returning to Melbourne as soon as the job was finished. He first asked me for money about 8 weeks into our communication as he said that a man had been killed on the site and he needed to pay for his funeral but he did not get paid until the job was finished and he had already paid hospital bills for the 4 other men that had been injured. I sent him $1,300.00 Aus $. He then said that he had been paid but that the Barclays Bank South Africa where the cheque had been paid into was asking him for $18,000.00 for a Remington Code before they would release it. Once that was paid his money would be released and he would return to Melbourne. He sent me a copy of his bank account to prove that he had the money but I know realise that it was probably false. All up I sent him 200,000.00 for various fees in order to get his money released.

Romance scam letter(s) from Roger Steven Watts to Maggie (Australia)
Good morning honey,How are you today my love? You know, God gave us two arms, two legs, two eyes, two ears, but only one heart so we can find the other pair lol. And as i have learnt that Love is the soul recognition of it's counterpart in someone else. I loved the fact that i got this much mails from you. i feel special and loved.
What a wonderful way of life it is to find joy and happiness in someone else. I would ask you some few questions which requires a min before you answer each.
Do you believe in Love, even amidst this crazy world we find ourselves in?
Do you believe that happiness has value more than every material things we may get in life?
Do you believe that you have a good heart to care for people unconditionally?
If you found a hundred dollar bill on the road and see a hungry orphan, would you feed him?
If you get into an arguement with me, and i pull you close to kiss you, would you still kiss me back?
Would you love those close to me as i woul
Read more