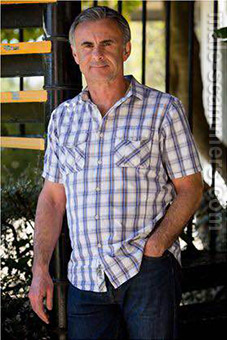 REPORT N1 (added on November, 14, 2016)
Barbara (USA)
Friend request on FB from Nicholas I excepted , I have friends from all over the US and Europe so I figured why not Conversations started via messenger then went to email as per his request, emails began as an exchange of friendly information when just general chit chat then the dear, my darling, my sweetheart , my baby and babe started then the story about how I have changed his life, how he wants to spend the rest of his life with me and nothing will ever keep him away from me each email got more serious and romantic....and even though I had told him many times that I was married and only wanted to be friends I found myself developing feelings for this person here is some of his back round info:
originally from Sweden, moved to S.Carolina after his mother died (he was 24yrs) and has been in the US ever since because he loves it here so much he is an engineer who deals in contracts(he owns his business) He lost his wife and a son in a car accident 8 yrs ago and also has a son 18 named Raymond and a daughter 12 named Joan said his children are the ones who talked him into going on facebook the emails he wrote where beautiful and captivating we exchanged cell numbers and texted each other almost every day.

I am Originally from Sweden and I stay in Charleston, South Carolina and am on a job here which am almost done with, I am an Engineer who is into building constructions, I build houses, hospitals, bridges roads, pipeline installation...etc, I am self employed and I handle my job in contracts.

I lost my wife and a son in an auto-crash 8years ago, My daughter is 12 years, she lives in with me here in the state and I love her so much but she doesn't get to travel with me often and stays with the Nanny back home when ever am gone on a job, she likes biking, shopping and swimming just like myself.

I have not been in a relationship for long now because, i don't just want to rush into any relationship which will not last and the previous ladies i have dated in the past have always asked for too much and materialistic because they knew am financially OK, i want a relationship that can lead to something great.