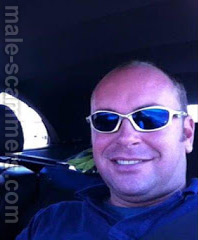 REPORT N1 (added on November, 14, 2016)
Betty (USA)
I been in contact with Dery for 2 Months ,he always say he love me and that God know his love is true and his always say he is God fearing men with pure heart, he starting to say that he love me like in 2 weeks that we were texting , I never met him in person he have one son 14 years old and he supposed to live here in Los Angeles . but turn out that the address to send the money is in Ghana, he supposed to be in Cote for a business trip.
The day we supposed to meet he was rare and bring excuses that he need to put his son to sleep then he say that the son does not want to go to sleep ,that he need to give some pills to the boy , he never told me the child was sick before.
then he came and say give me an hour, i text you when i ready, he never did.
the next morning he said he some was really sick the night before and took it to the hospital, and the boy was admitted to san Jude's hospital, I told him that, I will meet him at the hospital. by the time i was ready to go , he said the hospital already give him the child that he was in his way home but he was tired and just want to sleep, he haven't sleep I say why we don talk by phone he always have excuses or star fighting with me or stop texting ,whet i ask for pictures because the ones he send me ,he looks younger and not the age he said he is., he saying that i don't trust him. when i said is time for us to met because we already have 2-month texting , he sooner star saying that he might travel to make some business out of USA. within a week he leaves to Greece which is his parents land and he what his son to know where his grandparents born. from there he supposed to go to Cote d Ivore for his warehouse shipping inspection to ship the goods to the USA but by the 3day in that country r he was saying his business will prolong there he give me a hotel phone area code (233) plus24 . went i look up the 24 is for a cell from ghana . when i told him why the hotel phone is a ghana dial area he said he do not know that cote share area code 233 with gahna then the next day he call but hand up before i pick up , then he text me that his son was sick and it was admitted to the hospital , 3 days later he said that everything was so expensed that all his money was gone that his son was still in the hospital and the hotel took him out cus he do not have money to paid and there is no body to ask for help and that the wherehouse whos taking care of his shipping are not done yet and he is in deep S..
his situation was really bad that he don not have where to go for help and they do not have nothing to eat or where to sleep.
i told him i do not believe him he was very angry with me , saying that i was a bad person who doesn't have sympathy for no body he insults me very bad.
the next day he was texting me saying that he love me and he needs me.
that he need a loan and he will paid me when his comeback to the USA .
i said i can go and put money in his bank here in Los Angeles that way he can use his the ATM. then i say i can put money to his bank account and he can take in out there.
he said that is all cash base there .
He told me to put the funds to him by money gram or western union.
and he gives me a Ghana Accra zip code. i haven't send the funds to him but today he was texting me really early and saying i do not want to answer him, he was all angry when i told him i was still sleeping he apology but then he came and tell me that i haven't said anything about hes problems, i also been receiving facebook friend request fro male who do not have friends or only have a few mostly woman friends. and i believe is him cus he also ask me if i am contacting some one alse . today he was waitng for a confirmation number where to pick up the funds but i deside not to send it.

Romance scam letter(s) from Derry Algore to Betty (USA)
Hello I hope to are doing good ,well I miss yu though but I really don't understand why you have t block me on chatting with you and your claim you love me this is unbelievable to be honest with you ,to me I feel like yu don't love me and yu don't care about me ad my son because if you do that was the only way for as to get in touch to each there do any way for your information am almost done with the job why am here and my son has been really ill he is admitted at the hospital and am in deep shit now can't aford to help my self am really stuck and going through hell here now and since you have avoid me there is no one to talk or not to talk of even asking for help to support me for the few days I have live here and my son get some pills all the credit card I brought with me here are not working and I won't be able to get any fuds till am back home wondering how my son and I going to survive this .well I guess you will be happy after reading have fun and enjoy your
Read more